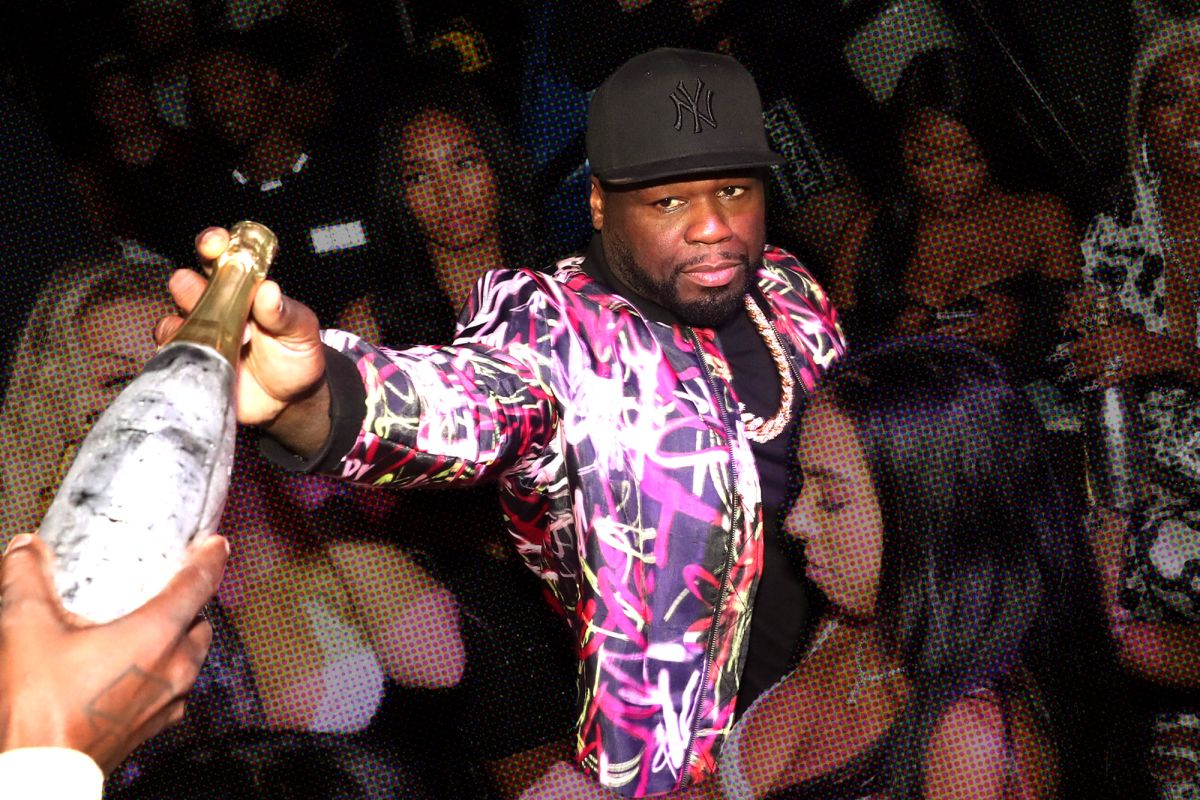 50 Cent somewhat surprisingly says that he doesn’t drink his own champagne when he’s out partying — instead switching it out for ginger ale.

The rapper says in his new book, “Hustle Harder, Hustle Smarter,” that he doesn’t drink a lot because he likes to keep a clear head. But he still has to promote his various lines of liquor. So he has a routine when he’s out with friends drinking his Chemin du Roi bubbly.

“First I’ll pour drinks from a bottle of Champagne for everyone who is in VIP with me. When the bottle is empty, I’ll give it to one of my guys and have him quietly refill it with ginger ale,” he writes. “For the rest of the night I’ll have that bottle in my hand. I’ll take swigs every now and then just to keep the vibe right, but I’m not drinking anything but Canada Dry.”

Similarly, he says he had a dilemma at a recent party in New York when Snoop Dogg offered him a joint. “Everyone around us started cheering for me to hit it. Not wanting to kill the mood, I took a big hit … and then just let the smoke swirl around in my mouth before I blew it back out,” he writes. “That’s as far as it went. Bill Clinton has probably inhaled more weed smoke than me.”