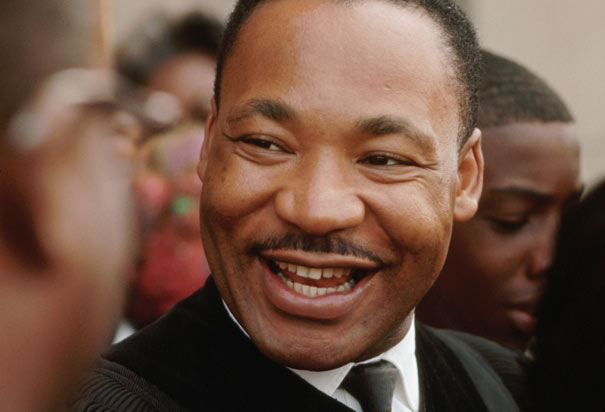 “Though he was taken from this Earth unjustly, he left us with his legacy of justice and peace,” U.S. President Donald Trump said Wednesday of civil rights leader Martin Luther King Jr., who was assassinated 50 years ago Wednesday at a public appearance in Memphis, Tennessee.

“President Abraham Lincoln sought to eradicate the senseless divisions of racial hierarchies when he issued the Emancipation Proclamation,” Trump continued in a video released Wednesday. “Just over 100 years later, Dr. King continued this effort and called upon Americans to reject ugly impulses and prejudices, and to recognize the beauty and the humanity of all people, regardless of the color of their skin.”

King’s death in 1968, which followed the assassinations of U.S. President John Kennedy in 1963 and civil rights leader Malcolm X in 1965, sparked riots in major cities across the United States, including Washington, Baltimore, New York City, Detroit, Chicago and Kansas City.

On Wednesday, demonstrators in Washington participated in a silent march starting at the national King memorial and ending at the National Mall.

The city of Memphis is holding a rally to remember King, with scheduled speakers including 2016 presidential candidate Bernie Sanders, several members of the Black Congressional Caucus, members of the clergy and union leaders. Activist Jesse Jackson, who was present the day King was assassinated, is expected to be there, along with King ally John Lewis, who attended the 1963 march on Washington at which King delivered his most famous speech.

“I have a dream,” King said during that speech, “that my four little children will one day live in a nation where they will not be judged by the color of their skin but by the content of their character.”

“And if America is to be a great nation,” he said later in the speech, “this must become true.”

The site of the assassination, then the Lorraine Motel, now the National Civil Rights Museum, held an all-day gathering to mark King’s passing. At the exact time of his death, 6:01 p.m. local time, a church bell tolled 39 times — once for each year of King’s life.

In King’s hometown of Atlanta, Georgia, members of King’s family together pulled a rope to ring a bell 39 times at the crypt of King and his wife, Coretta Scott King. The crypt is at the center of a reflecting pool at the King Center for Nonviolent Social Change, where the work of King’s family continues.

King was not just an activist for race relations, he was in Memphis on behalf of workers rights, supporting a strike by Memphis sanitation workers calling for better pay and working conditions. He spoke out against poverty as well, calling for all people of all races, creeds and economic classes to be treated as equals. His work won him the Nobel Peace Prize at age 35.

Celebrities were among those remembering the activist Wednesday. Rapper Common tweeted tributes to King and a reminder of how young the Baptist minister had been when he died. Broadway star and producer Lin-Manuel Miranda, creator of the musical Hamilton, shared video of a song dedicated to King. Actor Samuel Jackson, who was attending King’s alma mater, Morehouse College, when King died, wrote an essay in The Hollywood Reporter about being an usher at the funeral.

“Hard to believe it was 50 years ago!” Jackson said in a tweet. In a somber reference to the racial unrest in the United States, Jackson added, “Times change, attitudes don’t.”

Former U.S. Secretary of State Madeleine Albright tweeted a quote from King himself: “Let us move on in these powerful days, these days of challenge to make America what it ought to be.”