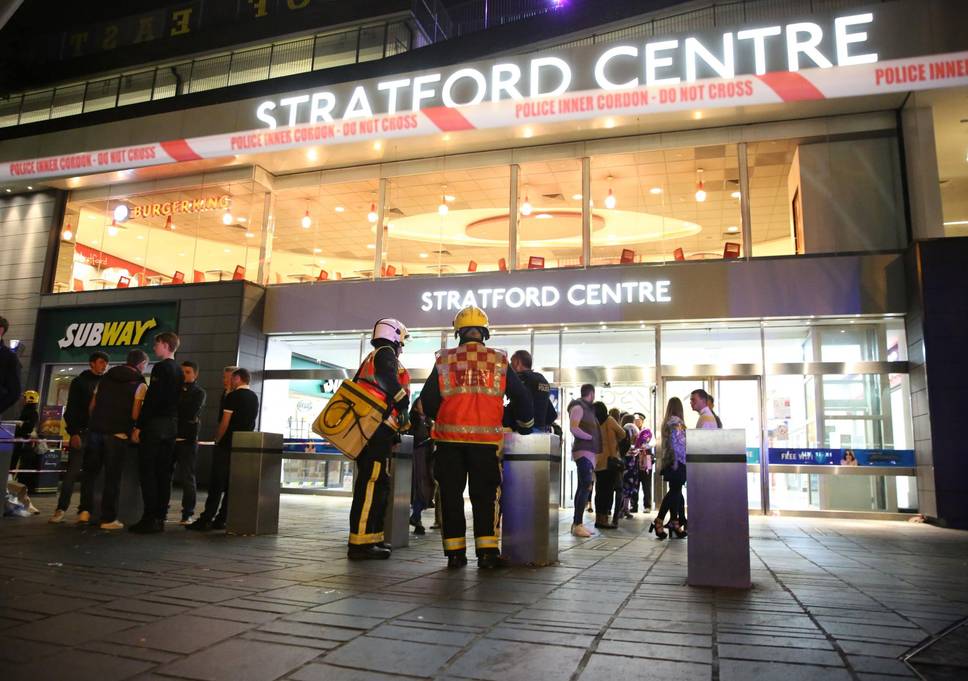 Five teenagers and one man have been stabbed in London within the space of 90 minutes amid a surge in knife and gun violence in the capital.

Three youths were rushed to hospital after being stabbed in an attack in Mile End at 6pm on Thursday.

Police were called to Grove Road at the junction of Roman Road after the victims were found collapsed at the scene.

Two 15-year-old boys remain in a serious condition while another youth, 16, who was treated for minor injuries, has now been arrested for conspiracy to commit grievous bodily harm, Tower Hamlets police said.

Two people said they saw a group of teenagers hanging around the streets nearby shortly before the reported stabbing incident in Mile End.

One, Jack Hawke, 33, who lives further down the street, said he heard “yelling” and went to his window, where he saw three boys, one on a bicycle, with their faces covered

Another, Jack Hobbs, 30, walked past what appeared to be the same group on Grove Road and said: “They were all wearing dark clothes with their hoodies sort of fastened up at the top so their heads were completely covered.

“I couldn’t see any skin but you could tell they were fairly young from their height,” he said.

Mr Hawke said a month earlier he had seen a group of youths being chased by another group in the park next to where the incident took place.

Oisin Bickley said: “Just walked past an incident on the corner of Roman Road near Mile End. Young boy, looked to be no younger than 15.”

In a separate incident, a 13-year-old boy was seriously wounded after being stabbed in in Gainsborough Avenue in Newham shortly after at 7pm.

Three youths have been arrested on suspicion of grievous bodily harm with intent, Newham Police said.

Elsewhere in the city a male in his late teens was taken to hospital following a stabbing in Ealing Broadway.

Police attended the scene at 7.05 pm, the victim’s condition is currently unknown.

Officers were also called to a stabbing of a 15- year -old boy in Westferry, on East India Dock Road at 7.05 pm.

Police said he was not seriously injured.

Earlier on Thursday a 21-year-old male was was stabbed in Walthamstow .

Police were called to Billet Road at 12.50pm.

His injuries were not believed to be serious.

Police do not believe the incidents are related.