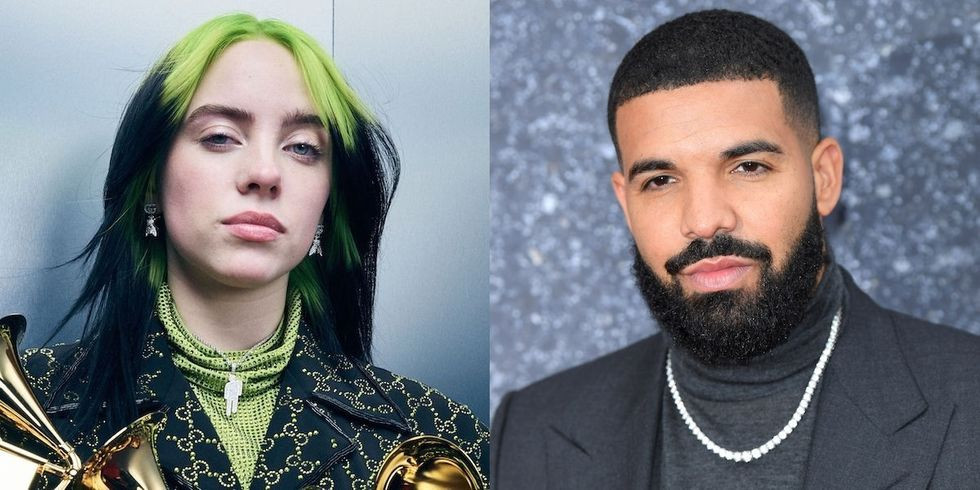 American singer, Billie Eilish has defended Drake for texting her when she was 17.

Last November, Billie, now 18 revealed that she and the 33-year-old Canadian rapper texted a lot. But many criticized Drake for it and dubbed the revelation “creepy” and “inappropriate,” as Eilish was 17 at the time.

Billie’s revelation came a year after Millie Bobby Brown who was 14 years at the time, revealed Drake also texts her. “We just texted each other the other day, and he was like, ‘I miss you so much,’ and I was like ‘I miss you more.’ He’s great,” she told Access on the 2018 Emmy Awards red carpet.

The Stranger Things star, who is now 15, added that the singer gave great advice when it came to boys and later defended their relationship on Instagram.

‘I’m lucky to have people in the business extend their time to help me further my career and offer their wisdom and guidance,’ she said. ‘I’m very blessed to have amazing people in my life. U don’t get to choose that for me.’ Millie said

Eilish has also come out to finally set the record straight. While speaking to Vogue for their March 2020 issue, Billie Eilish opened up about her friendship with Drake and defended him from the criticism.

“The internet is such a stupid-ass mess right now,” she said. “Everybody’s so sensitive. A grown man can’t be a fan of an artist?”

Eilish then went on to say that she thinks that there are “so many people that the internet should be more worried about.”

“Like, you’re really going to say that Drake is creepy because he’s a fan of mine, and then you’re going to go vote for Trump?” Eilish added. “What the fuck is that shit?”