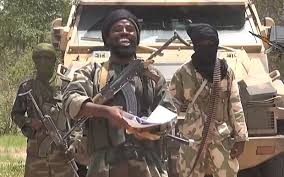 Four years ago, Islamic terrorist group, Boko Haram rose to notoriety after kidnapping 276 young girls from their school hostel in Chibok, Benue State. Since then, they’ve gone on to carry out more unspeakable crimes, many of them against women.

Now, a dramatic thriller, inspired by this menace, has just gone into post-production. The movie, titled Rise, is inspired by the real-life conflict between Nigerians and the Boko Haram insurgency.

The movie, produced by Eric B. Fleischman of Defiant Studios alongside Maurice Fadida of Kodiak Pictures, “follows an eighteen-year-old Nigerian princess who allows herself to be kidnapped by the Boko Haram in a harrowing attempt to save her younger sister, eventually going head to head against Boko Haram’s most dangerous and calculating leader.”