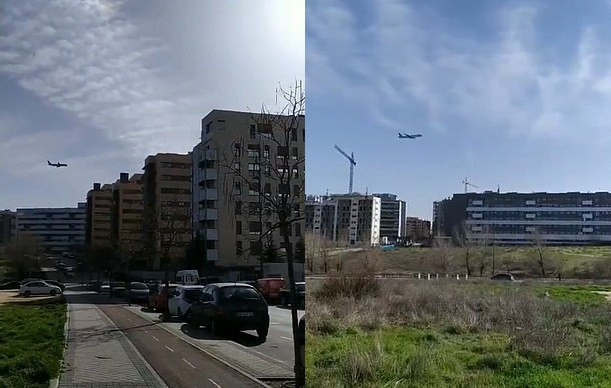 An Air Canada jet carrying 128 passengers has successfully made an emergency landing at Madrid airport tonight after a landing gear tyre burst and entered one of its engines during take-off.

The Boeing 767 bound for Toronto reportedly landed at 7.15 pm local time after circling above the Spanish city for three hours to burn off as much fuel as possible

Spain’s main union of pilot workers, SEPLA, said in a tweet that the plane lost some pieces of its landing gear during takeoff and that the aircraft needs to fly in circles to burn off fuel before landing.