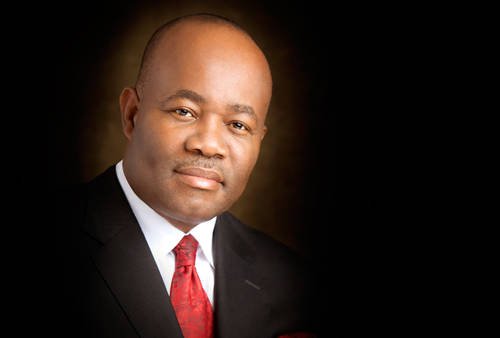 The Akwa Ibom Liberation Movement has mocked Sen. Godswill Akpabio saying that the people of the state have taught him a bitter lesson he will never forget.

In a statement issued on Monday by the leader of the group, Prince Emmanuel Sam, he said that Akpabio has learnt in a hard way that a leader cannot ;lead without his followers.

He alleged that was a man ‘allergic to free, fair and credible elections’.

“Despite Akpabio’s unceasing antics of oppression, the people of the state have kept their heads above ground by demonstrating to Akpabio that no leader can do without his followers, hence his failure at the poll,” he said.

The leader of the sociopolitical movement commended President Muhammadu Buhari for the free fair and credible elections, and Governor Emmanuel for the peaceful political aura he created for people to vote freely.

According to him, Akwa Ibom people have never had such peaceful ambience in any election.

Prince Sam said, that though the people of the state were subjected to sheer intimidation by the military, police and other security agencies attached to Senator Akpabio and other APC chieftains, they never relented in telling the world that Akwa Ibom is PDP.

He also warned the Independent National Electoral Commission, INEC, not to temper with the collective will of Akwa Ibom people.

“The just concluded Presidential and National Assembly elections, gave Akwa Ibom electorates the opportunity to give their verdict on the performance of the current administration at the federal level and their representatives in the National Assembly. Akwa Ibom people are the true heroes of the last election.

”As the results of that generally peaceful, credible, free and fair election are being announced one after the other, we congratulate Akwa Ibom electorates for winning over lies and intimidation,” he said.