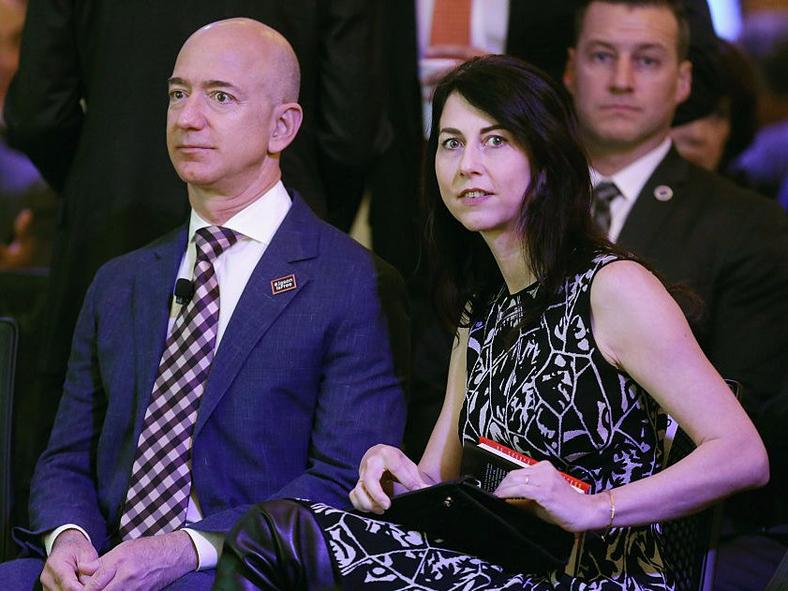 Business mogul and Founder of Amazon, Jeff Bezo divorces his wife, MacKenzie, of 25 years. He announced it via his Twitter page on Wednesday, January 9, 2019. According to the statement released on his Twitter page, they are going their separate ways after trying to work on their marriage for a while now.

“We want to make people aware of a development in our lives. As our family and close friends know, after a long period of loving exploration and trial separation, we have decided to divorce and shared our love lives as friends. We feel incredibly lucky to have found each other and deeply grateful for every one of the years we have been married to each other.

“If we had known we would separate after 25 years, we would do it all again. We’ve had such a great life together as a married couple, and we also see wonderful futures ahead, as parents, friends, partners in ventures and projects and as individuals pursuing ventures and adventures. Thought the labels might be different, we remain a family, and we remain, cherished friends, Jeff and Mackenzie,” the statement reads.

Jeff Bezos who is 54 got married to Mackenzie back in 1993 when he was vice president of a hedge fund. He actually met her when she came for a job interview at the company. They both quit their Wall streets jobs and returned to Seattle where Jeff started off Amazon in his garage. Jeff Bezos went to become the richest man in the world with a net worth of $810B!

According to TMZ, these guys own a total of 400,000 acres of property, not only making them baronial but 2 of the biggest landholders in the country. They have 4 children together. They range in age from 13 to 18