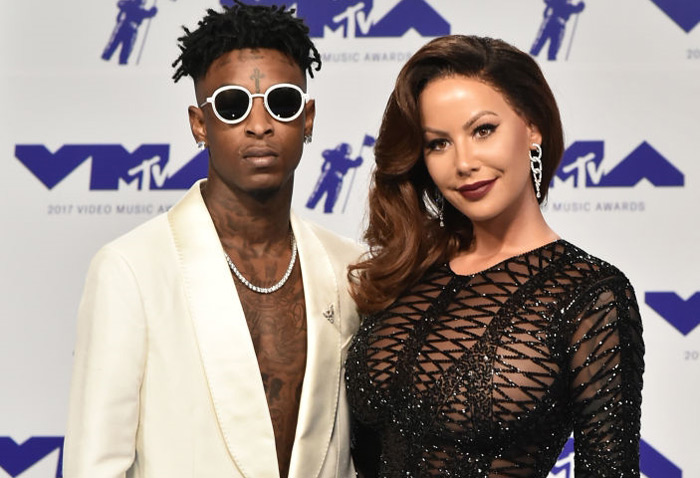 Amber Rose as confirmed the end to her romantic relationship with Atlanta rap star 21 Savage, a fairly non-messy, non-public breakup that she admitted she hopes to eventually work out with him.

A now-deleted Instagram post expressing her love for 21 gave more meaning to her wishes of a reconciliation. Unfortunately, fans of the former couple believe those feelings might not be mutual after his latest post.

The post in question shows the “X” rapper relaxed in a chair with what appears to be a game controller remote.

Considering that the post came after Amber’s lengthy heartfelt ode to him, some fans believe it’s a direct response to his former girlfriend. Neither of the two have shared details on what caused their breakup, which essentially means there’s no context on how she might have “crossed” him. Still, his followers tagged the Slut Walk founder on the post and debated with each other on the intended target of his message.

21 hasn’t yet confirmed the shade yet, so for now, we’ll call this one speculation.

See the alleged response to Amber in the post below.