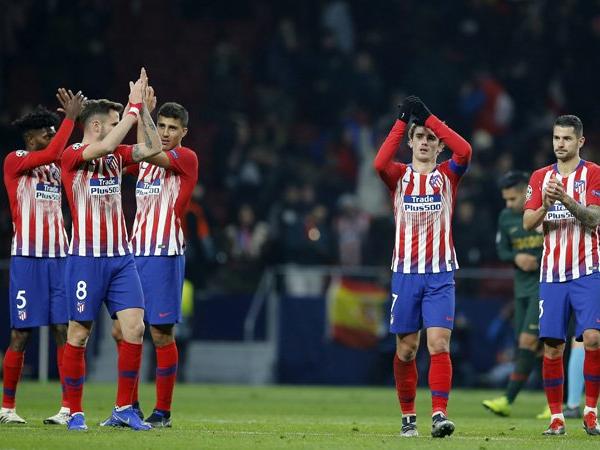 Borussia Dortmund, Atletico Madrid, Schalke and Porto all secured their tickets to the Champions League last 16 on Wednesday. Dortmund earned their presence in the knockout stages in a goalless draw at home to Club Brugge.

Atletico claimed a spot in the knock-out stages beating Monaco 2-0 thanks to first half efforts from Antoine Griezmann and Koke in Madrid on Wednesday. Porto and Schalke made it through from Group D

Barcelona claimed top spot of Group B with a 2-1 victory over a resilient PSV Eindhoven.

In round six, played on the week beginning December 10 Tottenham Hotspur have to match Inter Milan’s result to claim second spot in Group B but face a trip to unbeaten Barcelona and Inter welcome PSV Eindhoven to the San Siro. In Group C three clubs in Napoli, Paris Saint-Germain and Liverpool can still make it through.

Last year’s runners-up need to beat the Italians 1-0 or by two clear goals at Anfield and all PSG have to do is claim a point away at Red Star Belgrade.