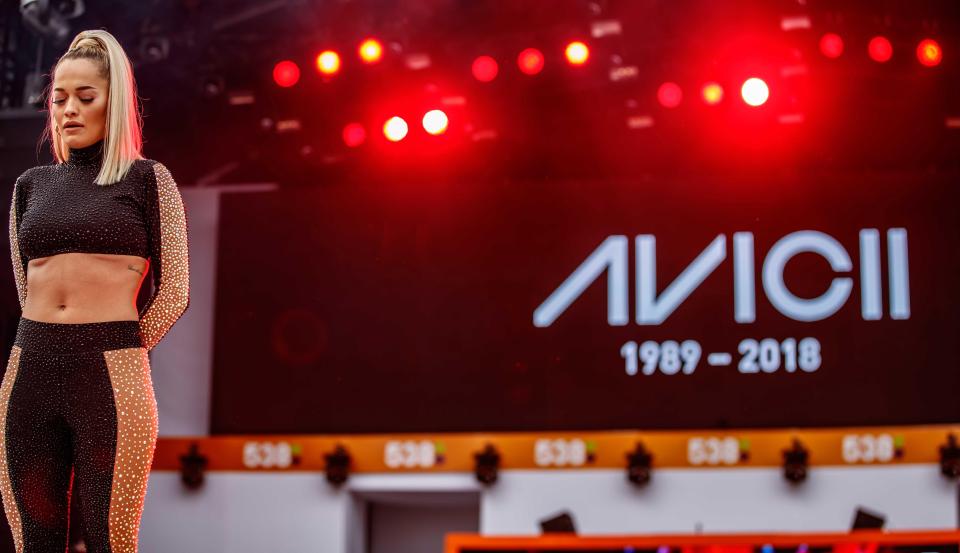 Rita Ora got choked up mid-performance in front of thousands at a music festival before belting out the song “Lonely Together”, her collab with late DJ and producer Avicii.

Rita was performing at 538Koningsdag Festival Friday night in the Netherlands when she stopped the show to pay tribute to the DJ, who passed away last week in Muscat, Oman. His family has since strongly suggested his death was a suicide.

Ora warned the crowd that her next song would be difficult for her to sing. She also said that the DJ had “changed her life” before putting her mic and hands behind her back and holding a moment of silence.
It’s pretty incredible … there were some 40,000 people there and they all got very quiet, so there were definitely some Avicii fans in the house.

“Lonely Together” was the last track Avicii released before his tragic passing. He was only 28.