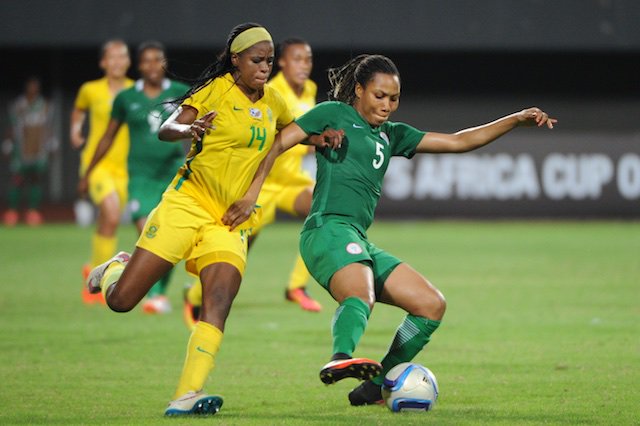 Super Falcons kick started the 2018 African Women’s Cup of Nations on a losing note as a late goal earned Bayana Bayana victory at the Cape Coast stadium, Ghana, on Sunday.

Kagtalana almost made it 2-0 for South Africa but was a little late as Tochukwu Oluehi came out to collect the ball after she was sent through by Jermaine Seoposenwe who had an outstanding game.

A front trio of Oshoala, Francisca  and Desire Oparanozie failed to have a single shot on target in the Group B first game of the championship.

It was the second time the South Africans would triumph over their Nigerian counterparts after 11 games, first in the 2012 semi final. The Falcons will take on Zambia in their second group encounter on wednesday.