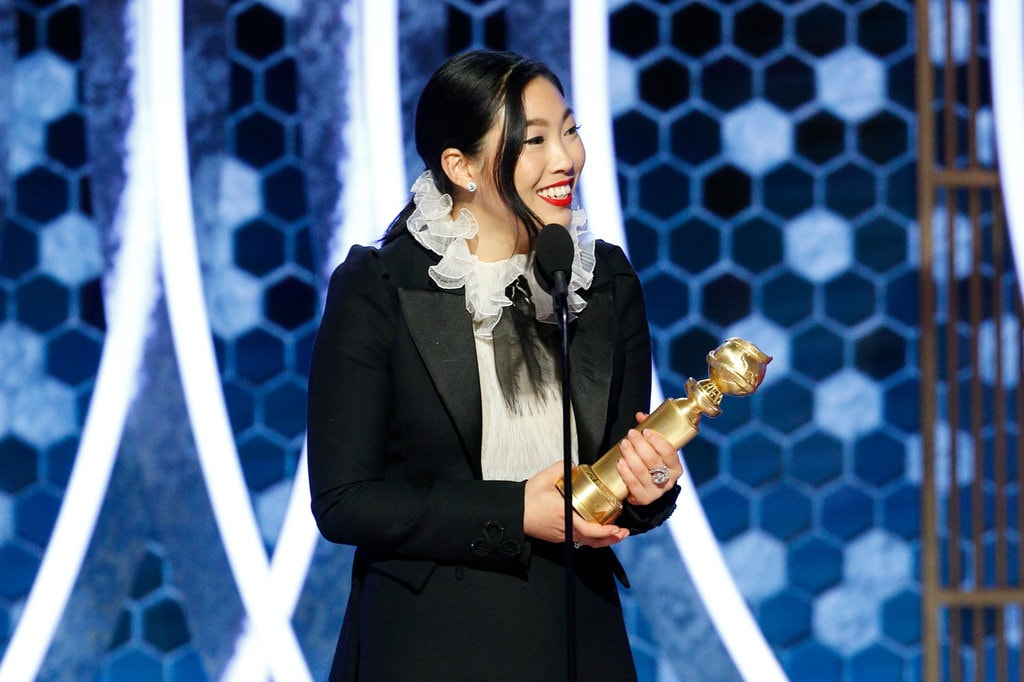 Awkwafina on Sunday night became the first Asian-American woman to win a Golden Globe Award for best actress, winning in the musical or comedy category for her role in “The Farewell.”

Her award was the only win of the night for the movie, in which Awkwafina plays a Chinese-American immigrant struggling with her cultural identity while trying to shield her grandmother (Zhao Shuzhen) from a grim diagnosis.

“The Farewell” was also nominated for the best foreign film, which went to “Parasite.”

Ochuko Is Up To Something Mischievous In New Episode Of Ajerewaya.