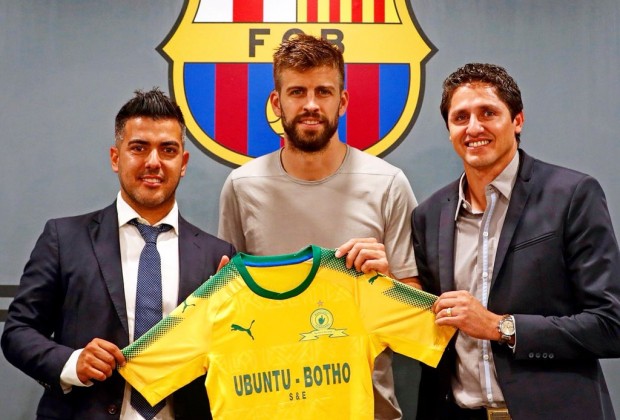 FC Barcleona have finally confirmed that they will face Absa Premiership champions Mamelodi Sundowns in honour of Nelson Mandela next week.

“FC Barcelona will be playing its part in the events to commemorate what would have been Nelson Mandela’s one hundredth birthday as they travel to South Africa for a friendly game on May 16 against ABSA Premiership champions Mamelodi Sundowns,” a statement on the Spanish giants’ official website read.

“The team will travel to Johannesburg the day before the match, which kicks off at 6.15pm (both local time and CET) in the FNB Stadium, formerly known as Soccer City Stadium.

“The teams will be playing for the Mandela Centenary Cup, which forms part of the celebrations of the life of Nelson Mandela in 2018. The game presents a wonderful opportunity for South African supporters of Barca, and is being organised by the South African Football Association together with LaLiga World Challenge.”

It will be Barcelona’s second visit to South Africa after they already faced Mamelodi Sundowns in a friendly in Pretoria in 2007, when the Catalans won 2-1 with goals from Santi Ezquerro and Marc Crosas.