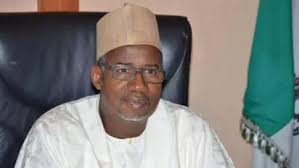 Bauchi State Governor, Senator Bala Mohammed, has been hospitalised in a London hospital ahead of the Supreme Court judgement on some governorship election petitions, including Bauchi.

This was contained in a press statement made available to journalists Sunday night by the Senior Special Assistant on Media to the Governor, Mukhtar Gidado.

The PUNCH reports that the Supreme Court had fixed Monday, January 13, for the hearing of the appeal brought against Governor Mohammed, by the All Progressives Congress and its governorship candidate, Mohammed Abubakar.

The Chief Justice of Nigeria, Tanko Muhammad, had adjourned till Tuesday, January 14, for delivery of the judgment in the matter.

The media aide quoted the governor as saying, “I am in the hospital in London but we strongly believe that Allah is sufficient for us and He is able and capable to give us victory! Cheers, success shall be ours, In sha Allah! Cheers to you all.”