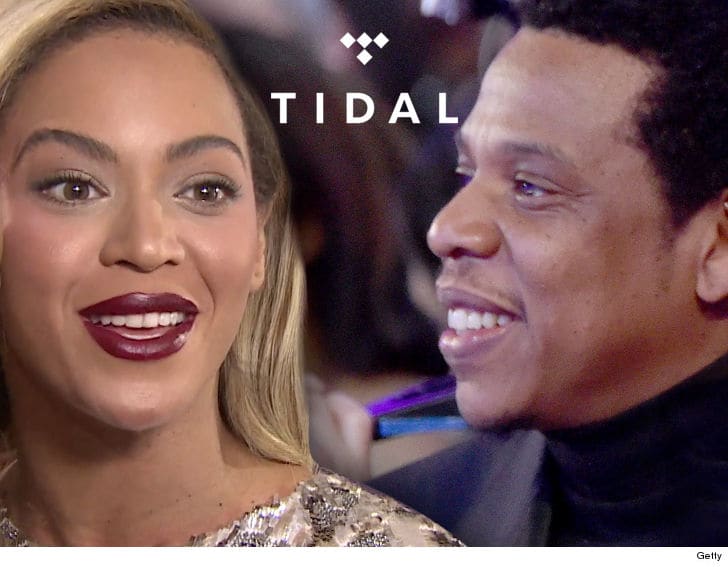 Jay-Z and Beyonce just complemented their current “On the Run II” tour by dropping an album — a joint album — that’s been highly rumored and anticipated for months.

“Everything Is Love” hit Tidal Saturday afternoon and features 9 songs by Jay and Beyonce together. She announced it on her Instagram … much to the delight of millions of fans.

A music video for one of the tracks, “APES**T,” is out already and a clip was used by Beyonce to make the big reveal.

The couple packed London Stadium Friday night — with Blue Ivy in attendance stealing the show — and they were there again Saturday night. Word of the new album was revealed to fans at the concert by the Queen herself and then displayed on the big screen