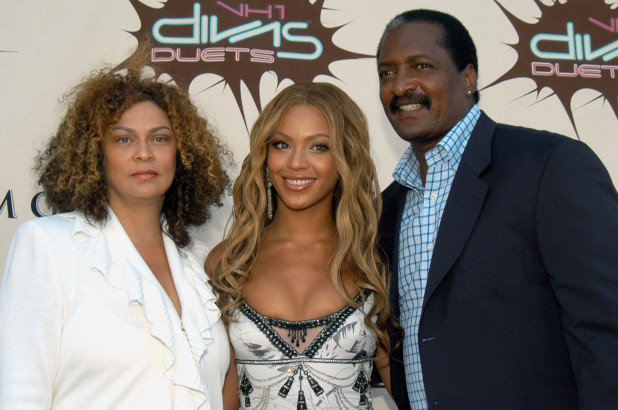 Beyoncé and Solange Knowles’ parents, Tina Lawson and Mathew Knowles, have had quite the justifiably estranged relationship after their divorce, which resulted following the latter’s cheating ways. With several years passing and with both of them now remarried, the people who created the unmatchable phenom that is Queen Bey reunited for the first time in years, and it was glorious.

Miss Tina recently took to Instagram where she posted a few photos taken backstage at Yoncé and her husband Jay-Z’s final On The Run II tour stop in Seattle. In the sweet black-and-white photo, the two can be seen kissing their older daughter on the cheek. In another, all three smile for the camera, showing that it’s all love among them.

Take a look at the heartwarming pics, below:

Beyonce , her dad and me backstage OTR11 concert Seattle. ❤️

Beyoncé, who has publicly spoken out about relieving her father from his duties as her manager following the run of her third studio album, I Am… Sasha Fierce, also posted a photo of her and her old man together.

It’s heartening to see the family back together again.