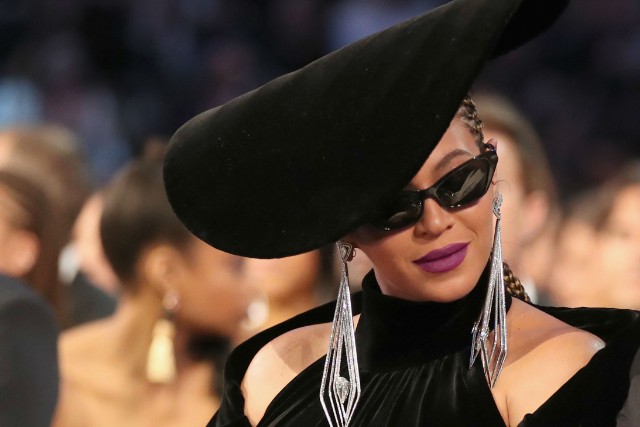 Beyonce just might be the necessary ingredient to rocket Afrobeats into the mainstream US music scene.

This week, Disney is set to release The Lion King soundtrack, produced by Beyonce and packed with Afrobeats artists including Yemi Alade, Tekno, Mr. Eazi, Burna Boy and Wizkid. The singer, who lends her voice to the character Nala in the movie, has even called the soundtrack “a love letter to Africa”

“I wanted to make sure we found the best talent from Africa and not just use some of the sounds and did my interpretation of it. I wanted it to be authentic to what is beautiful about the music in Africa,” she says in an interview with ABC TV.

Aside from the prominent Afrobeats stars, the album will feature Ghana’s Shatta Wale, South Africa’s Moonchild Sanelly and Busiswa, along with Jay-Z, Childish Gambino, and Kendrick Lamar, who produced the soundtrack for Marvel’s Black Panther. The 2018 release of that soundtrack, which featured emerging Gqom artists, was credited with putting a global spotlight on the South African music genre.

The Afrobeats sound is a club-friendly mix of West African rhythms, American hip hop and Jamaican dancehall and Caribbean soca that started in Lagos and Accra, Ghana and has captured the imagination of fans in major music hubs including London, Paris and New York. While the sound has been a hot club trend for the last three or four years a soundtrack curated by Beyoncé could be game changer.

“At this point, it’s definitely crossover time to the US mainstream,” said Ademola Ogundele, a veteran watcher of the Afrobeats movement since starting his Atlanta-based music platform, NotJustOk in 2006. “Beyoncé is really going to accelerate awareness about the Afrobeats sound.”

The Lion King release presents a big opportunity for the Afrobeats genre, which while successful as a sub genre of US hip hop radio stations is still unexplored by mainstream American audiences despite the global inroads it has made over the past few years.

Wizkid, one of the artists on the album, experienced breakthrough success in the US mainstream scene in 2016, when his feature on Drake’s Afrobeats infused hit, One Dance, saw him make history as the first Nigerian artist to top Billboard’s U.S. Hot 100 chart.

Others Afrobeats stars, including Tiwa Savage, Davido, and Tekno, have signed on with major US labels in recent years, including Jay-Z’s Roc Nation. For the genre, which has been on the cusp of mainstream success, the upcoming album is a massive opportunity to make a lasting impact on the American music scene.