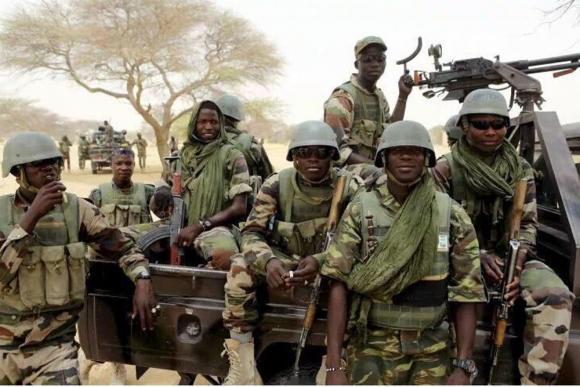 he Nigerian Army on Sunday said its troops rescued 149 persons in the ongoing clearance operation against remnants of Boko Haram insurgents at Yerimari-Kura community in Sambisa axis.

Col. Onyeama Nwachukwu, the Deputy Director, Army Public Relations, said in a statement that the troops killed five insurgents and captured five others in the encounter.

“Troops of Operation Lafiya Dole have continued to make progress in clearance operations to smoke out Boko Haram insurgents who escaped from their previous stronghold in the Sambisa Forest.

“On Saturday, the troops made further operational exploit into Boko Haram’s hideout at Yerimari-Kura, in a deliberate operation to extricate and rescue hostages held by the insurgents in their hideout.

“In the encounter, troops killed three Boko Haram insurgents and captured five,” he said, adding that the troops also destroyed insurgents’ logistics in the operation.

Nwachukwu explained that the rescued persons included 54 women and 95 children, noting that they were being profiled and receiving medical attention at the 21 Brigade Medical Centre.

According to him, the troops also neutralized two suicide bombers at Mandanari community in Konduga, Borno, when they attempted to infiltrate the community on April 7.

Nwachukwu disclosed that the suicide bombers strapped with Improvised Explosive Device (IEDs) vests, attempted to sneak into the community at about 8:00 pm on Saturday.

“The suicide bombers were sighted by vigilant troops who challenged them from a safe distance. The patrol engaged them as they refused to halt and ran towards the community, detonating their IEDs.

“Only the suicide bombers were killed in the incident, while three persons who sustained minor injuries were receiving medical attention”.