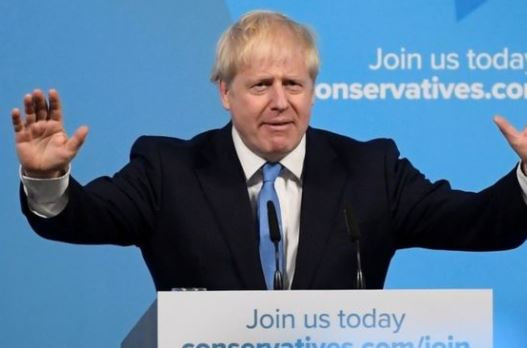 Boris Johnson has been elected new Conservative leader in a ballot of party members and will become the next UK prime minister.

He defeated Jeremy Hunt comfortably, winning 92,153 votes to his rival’s 46,656. The former London mayor takes over from Theresa May on Wednesday.

Johnson began his acceptance speech by praising his predecessor, saying it had been “a privilege to serve in her cabinet”.  He promised the audience he would “deliver Brexit, unite the country and defeat Jeremy Corbyn”. 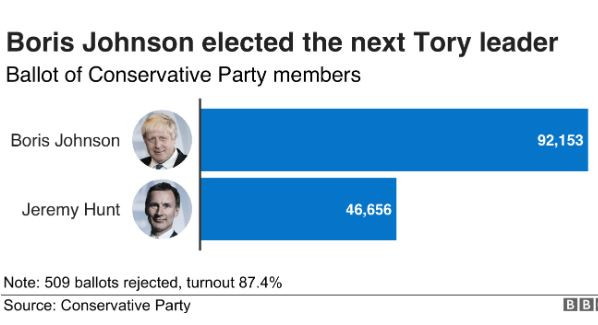 Outgoing PM Theresa May congratulated Johnson, promising him her “full support from the back benches”. Almost 160,000 Conservative members were eligible to vote and turnout was 87.4%. Johnson’s share of the vote – 66.4% – is slightly lower than the share won by David Cameron in the 2005 Tory leadership election (67.6%).