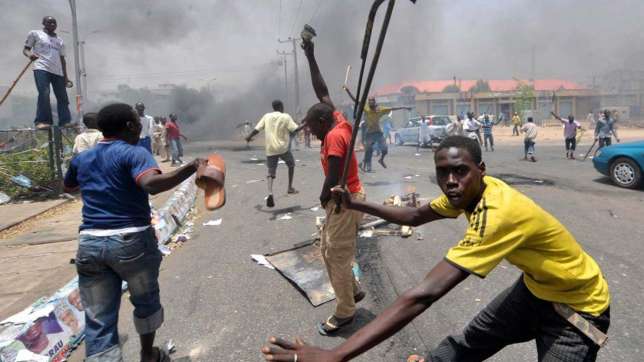 Kaduna State Government has imposed a 24-hour curfew on Kaduna town and environs with immediate effect.

The Senior Special Assistant to the state governor on Media and Publicity, Mr Samuel Aruwan stated this on Sunday in Kaduna.

“This is a notice of a 24-hour curfew imposed on Kaduna town and environs, with immediate effect.

“Residents are advised to comply by this directive.
The decision has been taken in the best interest of the state,” Governor Nasir El-Rufai tweeted.

The curfew is a fallout of the violence in Kasuwan Magani in Kajuru Local Government area, where a market dispute between porters led to the killing of 55 people and the burning of many homes, between 18 and 19 October.

“The operations will cover the entire Kasuwan Magani and environs, and other flash/trouble spots in Kaduna State.

“To achieve success in the operations, the Force will be proactive and strict in the enforcement of its mandates, Police standard operations procedures and rules of engagement.

“The Force will ensure the full enforcement of the curfew imposed on Kasuwan Magani and environs by the Kaduna State Government.

“The personnel of the Police special Intervention Force will carry out 24-hour surveillance and patrol, stop and search; continuous raids of identified criminal hideouts and black spots, with a view to arrest promptly trouble makers, their sponsors and nip in the bud any further attempt to cause violence and other criminality in the area.