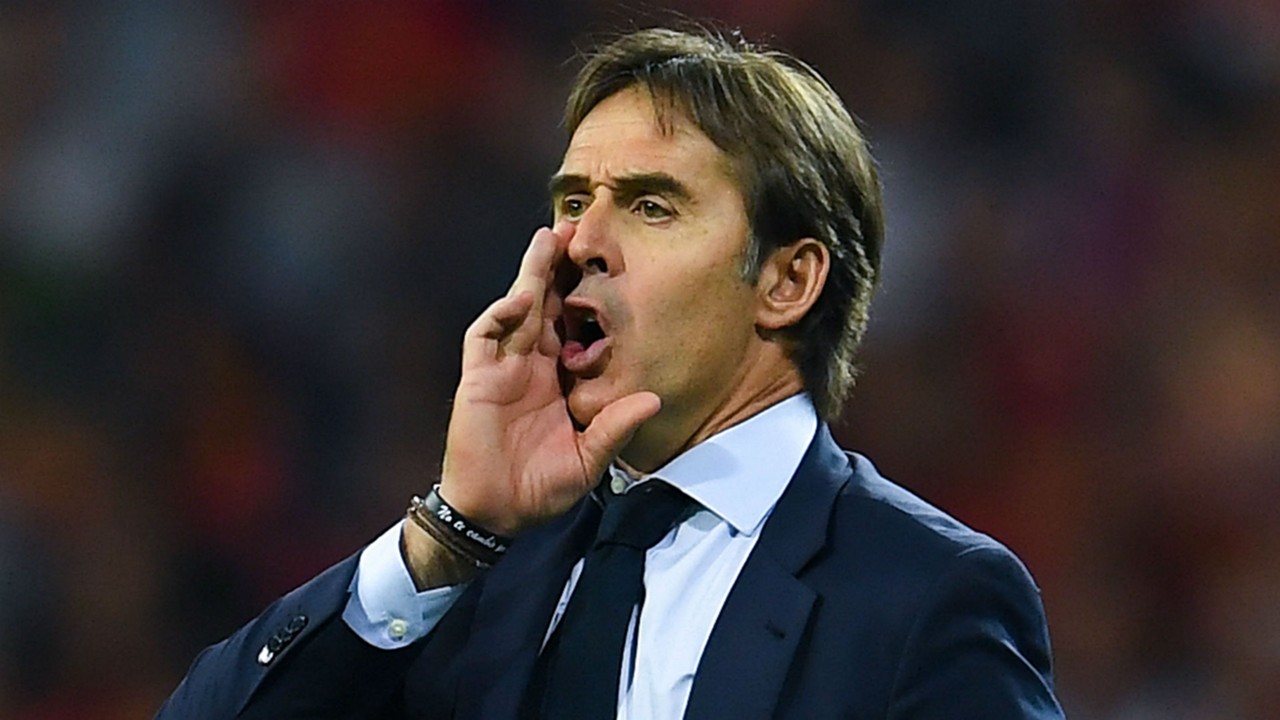 Real Madrid have made the surprise announcement on Tuesday afternoon of Spanish  natoinal team manager Julen Lopetegui’s appointment as their next coach.

With Spain currently preparing for their World Cup opener with Portugal on Friday, it had been expected that the 51-year-old would sign a new contract to lead La Roja into the subsequent European Championship.

Real Madrid have therefore beaten the  Royal Spanish Football Federation to the punch and confirmed through their website that Lopetegui will join after the World Cup on a three-year deal.

The likes of Mauricio Pochettino, Antonio Conte and Jurgen Klopp had been touted for the role since Zinedine Zidane left on May 31.

However Lopetegui’s exploits with Spain appear to have won out, given that he remains unbeaten ahead of the tournament in Russia having turned around an aging team into one of the genuine favourites for the crown.