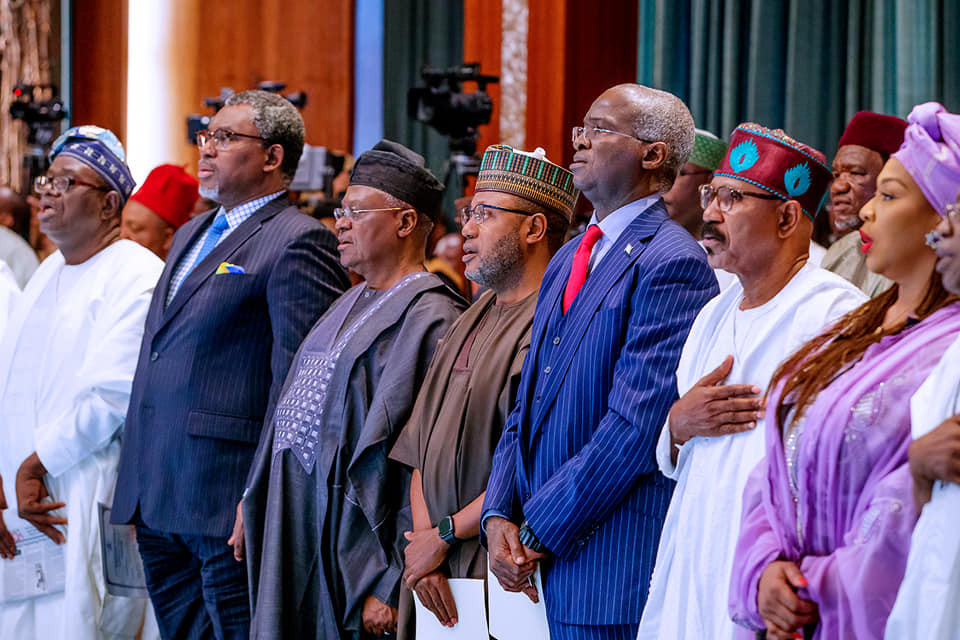 The Peoples Democratic Party has accused President Buhari of reducing ministers to his Chief of Staff, Abba Kyari’s clerical aides with the directive that they (ministers) must channel all their meeting requests to him through Kyari.

PDP’s National Publicity Secretary, Kola Ologbondiyan, in a statement said it was an indication that Nigerians would not enjoy good governance during Buhari’s second term.

The PDP invites Nigerians to note President @MBuhari’s contemptible approach to governance and disregard to ministerial portfolios as portrayed in the recent degrading of ministers to clerical aides of Chief of Staff, Mallam Abba Kyari.

“The directive also suggests that Mr President as the Minister of Petroleum Resources will also go through the Chief of Staff on policy matters. He has abdicated his responsibility and ceded it to his Chief of Staff.”

Ologbondiyan also said such demotion of ministers was unacceptable, counter-productive, adding that it only reduced governance to a domestic affair.

The President had on Tuesday, at the close of the two-days retreat organised for the ministers, asked them to always go through Kyari for meeting requests and through the Secretary to the Government of the Federation, Boss Mustapha, for issues relating to the Federal Executive Council.

“As I said yesterday (Tuesday), in terms of coordinating communication, kindly ensure that all submissions for my attention or meeting requests be channelled through the Chief of Staff while all Federal Executive Council matters be coordinated through the Secretary to the Government of the Federation in order to speed up the process of decision-making.”