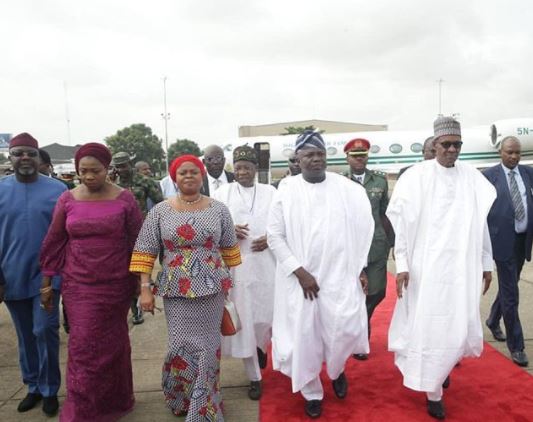 President Muhammadu Buhari this morning arrived the commercial city of Lagos on a 2-day working visit. He was received at the airport by Lagos state Governor Akinwunmi Ambode and members of the state executive. The president immediately proceeded on  arrival to Ikeja where he  officially commissioned the ultra modern Ikeja Bus Terminal constructed by Gov. Ambode. The Terminal is one of our flagship transport infrastructure under the State Bus Reform Initiative by the Lagos state government to improve transportation in the city.