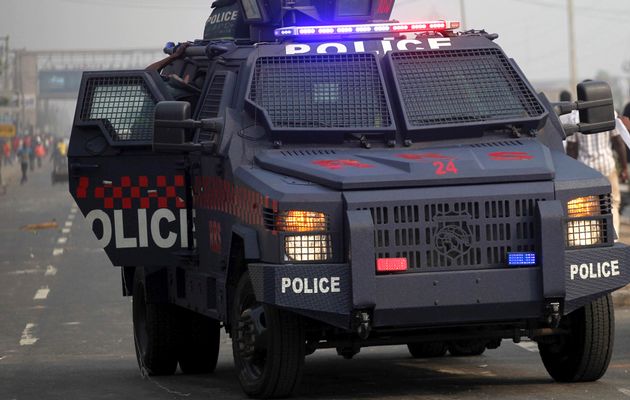 Dozens of armed police officers have laid siege at the secretariat of the Ikeja branch of the Nigerian Bar Association over the body’s decision to stage a protest on Thursday.

Adeshina Ogunlana, the chairman of Ikeja NBA, confirmed the development.

“The police have invaded my secretariat, there are about 50 of them who are armed, and they are saying that they don’t want the protest tomorrow,” Mr. Ogunlana said over the phone on Wednesday night.

“And we told them that we are not interested in disrupting the presidential visit, our protest is not going to take place in Ikeja, and that there is no need for any alarm. We are not blocking any route.”

President Muhammadu Buhari is scheduled to arrive Lagos on Thursday for a two-day official visit.

After a march two weeks ago to protest the state government’s newly introduced land use charge, the lawyers had planned another round of protest to coincide with the president’s visit.

The police siege on Wednesday evening came shortly after police authorities issued a statement ordering the lawyers to shelve their planned protest on Thursday.

The statement issued by Chike Oti, the spokesperson of the Lagos State Police Command, said the police would not tolerate any protest from the NBA or any group during Mr. Buhari’s visit.

“The CP believes strongly that the planned protest by the NBA is the handiwork of mischief makers who are using the NBA as a launching pad to possibly compromise the security emplaced for the presidential visit,” Mr. Oti, a superintendent of Police, said in the statement.

“It must be recalled that on the 12th of March 2018, the Lagos State Police Command availed the NBA Ikeja branch its security assets and escorted them to the Government House Alausa to protest the increase in the Land Use Charge. At Alausa they were addressed and afterwards escorted back to their base.

“It is baffling that the same NBA whose right to protest has never been denied to use the auspicious occasion of the President’s visit to protest and disrupt the occasion and by extension compromise the security of the President is to say the least most incomprehensible (sic).

“For the avoidance of doubt, the Lagos State Police Command will not tolerate any protest from the NBA or from any group or individual for that matter during the visit of Mr President whom Lagosians are ready to receive warmly.

“The NBA and any group wanting to protest at this time are warned to jettison the idea or face dire consequences which may include arrest and prosecution of participants.

“It is curious that of all the NBA branches in Lagos, it is only the Ikeja branch that has been using the option of protest and civil disobedience despite several options available to it thus lending credence to the intelligence report that the Chairman of the NBA is a pawn in the hands of some disgruntled politicians. Please be warned.”

Mr. Ogunlana said he had summoned an emergency meeting of the Ikeja NBA branch in reaction to the police siege.

He also insisted that Thursday’s protest would hold at a location and time “far, far away” from the president.

He further promised to sue the Lagos police hierarchy for them to disclose the names of those allegedly using the Ikeja NBA against the state government.

Reacting to the police siege, the Education Rights Campaign, described it as “undemocratic and tyrannical.”

“We hereby call for immediate lift of the siege and the recognition of the rights of Nigerians to protest any anti-poor policy.

“We condemn the statement issued by the Lagos state police commissioner where he justified the illegal action of the police on the basis of the need to ensure that the security of President Buhari who is scheduled to visit Lagos tomorrow is not jeopardized on account of the NBA protest.

“While as law-abiding citizens we understand the need to ensure maximum security for the president even though poor Nigerians live in conditions of daily insecurity, we beg to disagree that the protest of the NBA scheduled much before the president visit was announced can cause a breach of security.”

“The APC Federal Government should bury its head in shame for suppressing the NBA Ikeja branch from exercising a constitutionally donated or guaranteed right of movement and peaceful protest against imposition of harsh land use charge.

“The Police should know that the right of peaceful protest cannot be subjected to the whims and caprices of the police.

Mr Aborishade accused the APC of muzzling opposition voices after coming to power on the wave of mass protests against the “ruinous economic policies” of the previous administration.

“We reject and condemn the undemocratic attacks on the right to peaceful protest.”