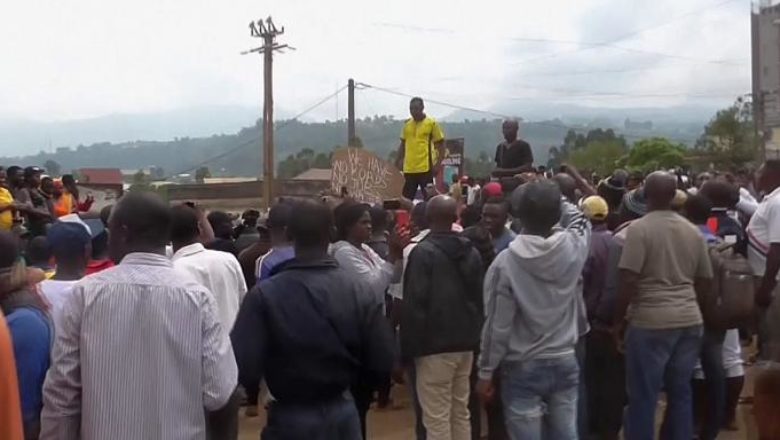 A Cameroonian media man and activist, Mancho Bibixy, has averred that the courts were complicit in the raging political and security crisis facing the Central African nation.

Mancho and six others were earlier this week convicted of terrorism and other charges including secession and hostility against the state. Their trial, which lasted months, was held by a military court in the capital Yaounde. Sentencing is reserved till May 8th, 2018.

Cameroon media said he was acquitted of some other charges as rebellion, civil war, destruction of property, killing and non-possession of an ID. Another accused was however acquitted and discharged.

Even though his lawyers have said they will appeal the ruling, the outspoken Mancho delivered a message to the trial judge during his last appearance stressing that the court had taken the line of fuelling the Anglophone crisis.

“You have an opportunity to begin solving the Anglophone crisis or add more fuel to the fire. History will be the final judge,” he is quoted to have said. The terrorism charge largely stems from their actions supposedly “threatening Cameroon’s sovereignty.”

He first appeared in a coffin at a protest in Bamenda (capital of the Northwest region) in November 2016. His action it is said was to convey the message that minority English-speaking Cameroonians “seemed to have died before their real death” and therefore they had nothing to fear but to speak against the injustices.

Local media reports that he and his co-accused are currently being held at Yaoundé‘s Kondengui Central Prison awaiting sentencing.