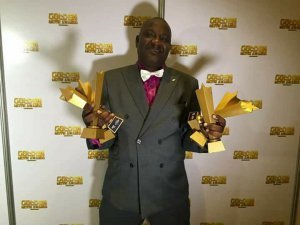 The Cameroon movie industry took the continent by surprise when it
dominated the 2018 Golden Movie Awards (GMA) with the movie ‘A Good Time
To Divorce’ Produced by Nkanya Nkwai, an actor and film producer of
Cameroonian and British descent

Alenne Menget, who could not hide his excitement, said, “We came here to
win and we have won. You should automatically put us on the map of movies
in Africa because we are a force to reckon with. We have taken the time to
brand and rebrand. We have won it to be integrated into, we have won for
peace.”