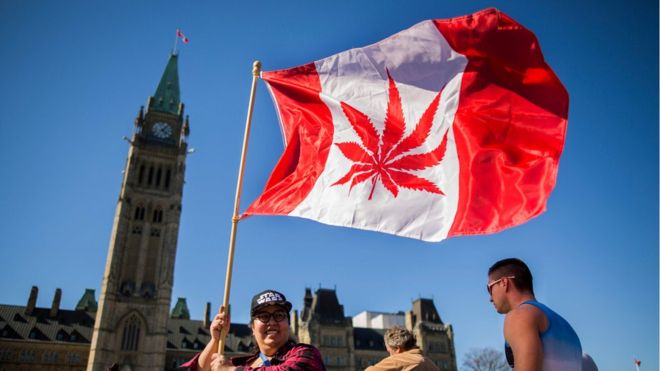 Marijuana prohibition came to an end on Wednesday as Canada legalised marijuana for recreational use, making it the largest country with a legal national pot market.

Prime Minister Justin Trudeau made legalising cannabis one of his 2015 election promise in a bid to take the market away from organised crime.

“We know we need to do a better job to protect our children and to eliminate or massively reduce the profits that go to organised crime.”

The Cannabis Act, which fulfils a promise Trudeau made in the 2015 election campaign, makes Canada only the second nation after Uruguay to legalise the drug.

Its implementation will be scrutinised and dissected by Canadians ahead of the next election in 2019, as well as other nations that the prime minister has said may follow suit if the measure proves a success.