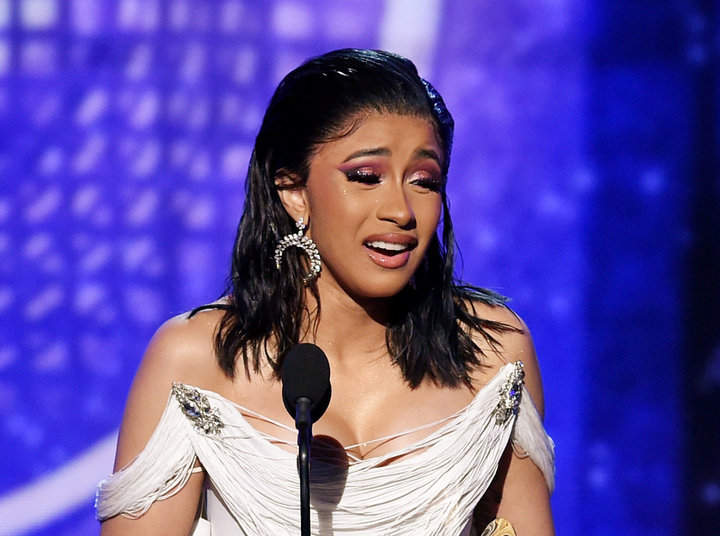 Now Page Six is told that the offending “white boys” are four 10-year-old Westchester fraternal quadruplet brothers who post their music on their ZN8tion Instagram account, which has 143,000 followers.

Turns out they posted a “diss track” directed at Cardi two weeks ago, featuring not-safe-for-nap-time lyrics such as “You belong in a zoo” and “They could fix your teeth, but they couldn’t fix your face.”

It also, somewhat implausibly, calls the rap superstar “washed up,” and they chant, “I don’t know what’s faker: your life or your butt.”

In the video, one of the kids — who go by the rap names Hollywood, Slim Z, Bonez McKoy and Mr. Great — dances around with a pillow shoved down his pants as a fake, oversize bottom.

Hollywood — who stepped out of an after-school club to speak with us, cautioning that the interview would have to be brief or his mom would start yelling — told us that they targeted Cardi in the track because “she’s been a bully” to other rappers in a number of songs. (He declined to specify whom, exactly.)

“We wanted to show Cardi B to not be a bully and give her a taste of her own medicine,” he said, adding that Cardi responding to the track “made us feel like we’d done our job.”

They also released a diss track aimed at Tekashi 69, which includes the regrettable — and improbable, for a preteen — line, “Tekashi 69 in the prison dropping soap, crying to the judge but he’s got no hope.”