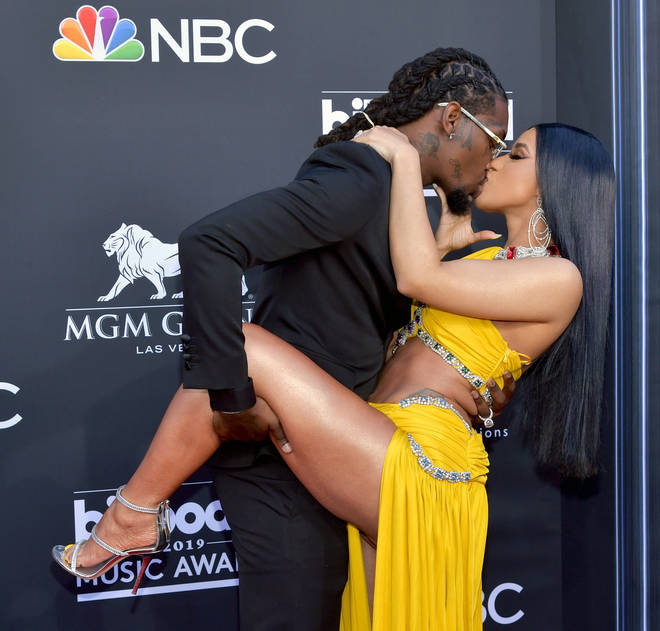 The 26-year-old ‘Please Me’ rapper posted the graphic video after online trolls claimed she flashed her private parts during her red carpet appearance with Offset at the 2019 Billboard Music Awards.

She put on a passionate display of affection with her husband Offset at the Billboard Music Awards last night, but Cardi B has had to clear up a few rumours following the incident.

The 26-year-old was wearing a revealing yellow two-piece during her red carpet appearance, and at one point propped up her leg during an embrace with her Migos rapper partner.

However, as the images made the rounds on social media, people began speculating that the rapstress has flashed a little more than she planned.

Taking to Instagram to shut down the rumours of any “leaked” nude images, Cardi posted a video of herself apparently completely nude as she ranted about the anatomy of her body.

“Y’all wanna look at my p***y so bad? Y’all shoulda come looking when I was a motherf****** stripper,” she said, before pointing to and tapping her private parts

The mother-of-one picked up six awards during the show including Rap Song, Rap Female Artist and Top Selling Song, and had three outfits changes during the night.

During the night, Cardi disclosed to Entertainment Tonight that she recently went under the knife for another boob job following the birth of her daughter Kulture.

“I just got my boobs redone. I feel good, but sometimes I feel like not, you know? [When] your skin is stretched out,” she said, before joking, “Yes, my daughter f***ed me up! She did, she so did.”