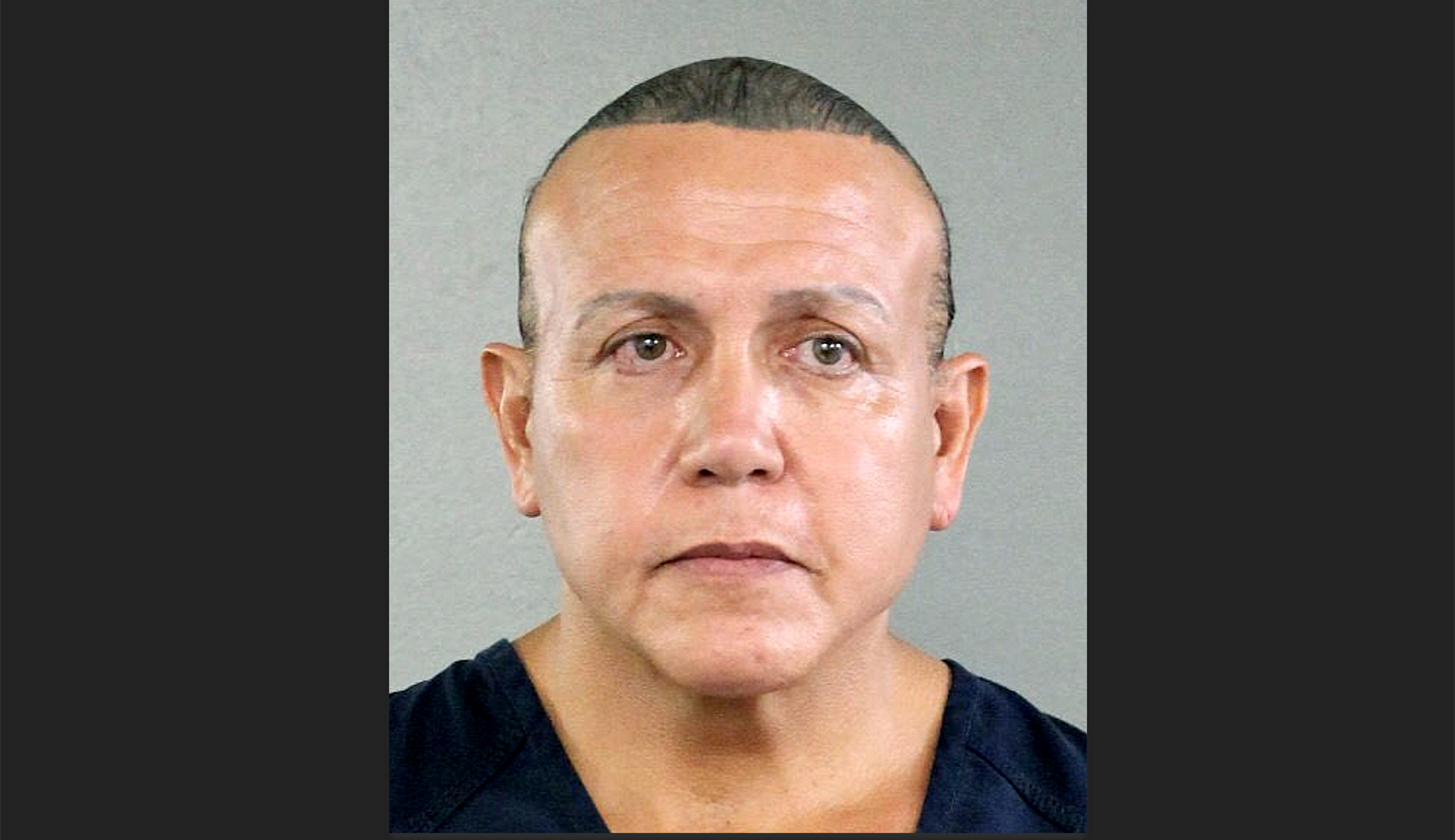 US investigators have arrested a suspect in Florida in connection with 12 suspicious packages and pipe bombs sent to critics of Donald Trump in a days-long spree that has inflamed the United States ahead of key midterm elections.

The Republican commander-in-chief congratulated law enforcement Friday for what he called an “incredible, incredible job” as US media identified the suspect as Cesar Sayoc, a 56-year-old man with a criminal history.

“These terrorizing acts are despicable and have no place in our country,” Trump told an event at the White House, confirming a suspect had been apprehended following an FBI-led nationwide manhunt mobilizing hundreds of agents.

“But the bottom line is Americans must unify and we must show the world that we are united together in peace and love and harmony as fellow American citizens,” the president added.

AFP / Michele Eve SandbergA van covered in blue tarp is towed by FBI investigators on October 26, 2018, in Plantation, Florida in connection with the 12 pipe bombs and suspicious packages mailed to top Democrats

In southern Florida, FBI agents and police swarmed the area around a strip mall in Plantation, where an AFP photographer saw a van covered in blue tarpaulin loaded onto a truck by authorities and being driven away.

Much of the investigation had homed in on Florida in the last 24 hours, where officials reportedly believed that at least some of the packages had been sent. Media described Sayoc as living in Aventura, Florida while also having ties to New York.

Since Monday homemade bombs and other suspected explosive devices have been addressed to Barack Obama, Hillary Clinton, Hollywood megastar Robert De Niro and a litany of figures loathed by the US president’s supporters.

On Friday, an 11th package addressed to Cory Booker, a New Jersey senator often touted as a Democratic presidential hope, was intercepted in Florida, the FBI confirmed.

A 12th package, identified by police as a pipe bomb, was found at a US Post Office in Manhattan and removed by the bomb squad, New York police said.

James Clapper, among a string of former intelligence chiefs critical of Trump, was the addressee of the 12th package, sent care of CNN.

AFP / KENA BETANCURFirst respondents on the scene where a suspicious package was found in Midtown Manhattan on October 26, 2018

On Wednesday, the news network evacuated its New York bureau after a similar package was found in the mail room addressed to another frequent CNN guest, former CIA director John Brennan.

Trump earlier came under fire for his response to the spree, which politicians on all sides have branded domestic terrorism with devices intercepted in New York, Maryland, Florida, Delaware and Los Angeles.

On Friday, shortly before news of the arrest broke, he complained that the packages were slowing momentum for his Republican Party ahead of the November 6 elections, remarks bound to enrage his opponents.

AFP / Angela WeissTwo men look out the window of Robert de Niro’s Tribeca Film Center, in New York City, which was among the latest targets of a wave of bomb alerts

“Republicans are doing so well in early voting, and at the polls, and now this ‘Bomb’ stuff happens and the momentum greatly slows — news not talking politics,” Trump tweeted.

“Very unfortunate, what is going on. Republicans, go out and vote!”

Trump was also criticized for tempering calls for unity in the wake of the attacks, by lashing out at the press for stirring up “anger.”

He recently endorsed the body-slamming of a reporter, routinely denounces the press as “fake news” and has leveled toxic remarks in the past against the pipe bomb targets.

Despite little information on whether the man in custody is suspected of working in cahoots with others, New York’s state Democratic Governor Andrew Cuomo disputed speculation that the devices were not rigged to explode.

“No one can say there were fake bombs, they were dangerous,” he told CNN. “There may be questions about the levels of sophistication.”

Double Oscar winner and biting Trump critic De Niro on Friday urged people to vote the midterms, one day after a device was discovered at the Manhattan offices of his production company.

“I thank God no one’s been hurt, and I thank the brave and resourceful security and law enforcement people for protecting us,” he said. “There’s something more powerful than bombs, and that’s your vote. People MUST vote!”

“This is definitely domestic terrorism,” Clapper told CNN Friday, hitting out at Trump saying he bore “some responsibility of civility in this country. He needs to remember that his words count.”

The packages were sent in manila envelopes with bubble wrap, marked with computer-printed address labels. Each listed Debbie Wasserman Schultz, former chairwoman of the Democratic National Committee, as the sender, including misspellings of her last name, the FBI said.

Wasserman Schultz told reporters in southern Florida that it had “devastating” and “deeply disturbing” to have had her name used.

“I’ve been told by the FBI that this is their highest priority and they’re on top of it,” she said.