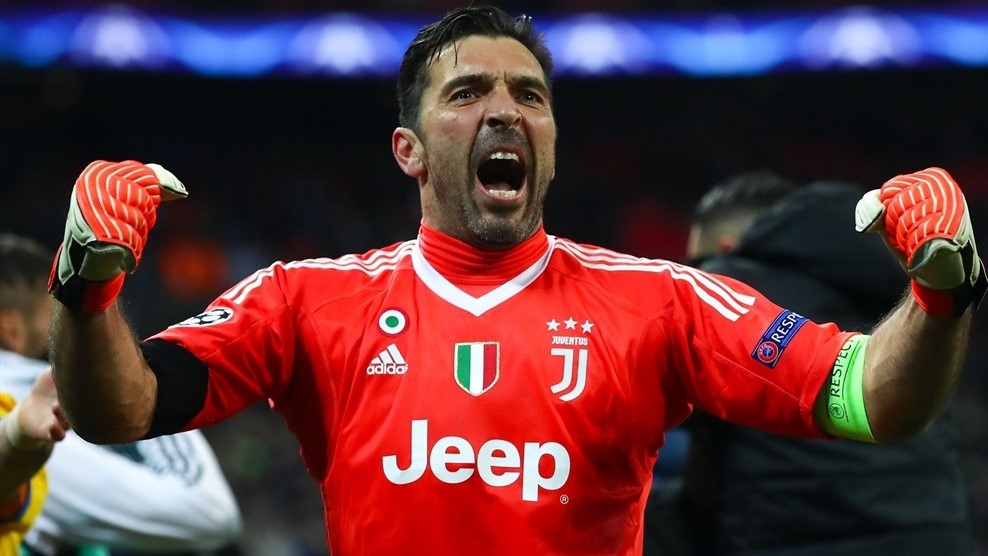 Gianluigi Buffon spoke to UEFA.com for a Facebook Live session on Friday and then sat down to talk about this week’s meeting with Real Madrid. Here’s what he had to say.

UEFA.com: You have faced Real Madrid so many times over the last few years. What are your memories of those contests?

Gianluigi Buffon: Clearly, facing them again doesn’t fill us with joy because obviously we know that Real Madrid along with Barcelona and maybe [Manchester] City and Bayern, are the teams you never want to come up against. But it’s also true that reaching the quarter-finals of the UEFA Champions League means you’re automatically going to face the best, that’s normal. And again this time we’ll go for it, and I hope that past experiences, whether positive or negative can help us.

UEFA.com: Before games like this, do you think about previous meetings?

Juventus v Real Madrid: Their #UCL meetings
Buffon: No. In 23 years of playing football, I’ve realised that very often you reflect on a victory without accepting that the result was down to a lucky bounce or someone slipping up. We focus too much on things on the pitch when actually it was only fate that determined the outcome.

UEFA.com: Among those encounters was that 2002/03 semi-final, which you won after you saved a penalty – what are your memories of that one?

Buffon: That was one of the greatest evenings I’ve ever had in black-and-white, because we had messed up and lost the first leg [2-1], and in the second leg against a Real Madrid side that had Ronaldo, Zidane and so many others, we had to try to overturn the situation. We played the game perfectly, we won comfortably [3-1], because over and above the result and the penalty save I made from [Luís] Figo. During those 90 minutes, Juventus showed themselves to be superior to Real Madrid.

Zidane: Six of the best for Real Madrid and Juventus
Buffon: That one was a more balanced game, in the sense that we won, but we won thanks to one particular moment, one moment that rewarded us more than it did them.

UEFA.com: More recently there was the 2014/15 semi-final with Álvaro Morata’s crucial goal in the second leg in Madrid …

Buffon: Yes, and that was certainly an occasion when we began as serious underdogs. I have to say that it was a huge surprise, almost a sporting miracle given that a squad like ours that was very strong individually but didn’t yet have the awareness to make the most of this was facing a Real Madrid side that was playing in its fourth or fifth consecutive semi-final at the time. They had the experience of managing certain pressures and playing on certain stages that clearly made them favourites. However, it was us who accomplished the impressive feat.

UEFA.com: How do you feel after losing the final to Real Madrid last year?

Buffon: It was game that we deserved to lose, and that they deserved to win. On nights like that you need to be lucky. We lost 4-1, we lost really badly, but we conceded two goals because of incredible deflections, and to concede two goals like that in a Champions League final, that sure as hell doesn’t happen often. But, those two goals aside, Real outclassed us.

HUEFA.com: How have Juve changed from last season?

Buffon: We’re very similar, even if some things have changed… Perhaps that in terms of the whole squad, we have got better and more competitive. We have improved, but exactly how much we will have to see on the pitch.

UEFA.com: Does experience in this type of tie count for much?

Buffon: Real Madrid are coming into this tie having won two consecutive Champions League trophies, something which had never happened before. They have played in seven semi-finals in the last seven years. That is significant. The experience you gain from these games gives you unshakeable confidence at whatever moment in the game, in whatever situation. In [Serie A], we know that at any moment we can turn a game in our favour. [Real Madrid] can do that in Europe.

UEFA.com: What must Juventus do to beat Real Madrid?

Buffon: Juventus have to play as we know we can. We don’t need to do anything else. That also means that we need a bit of luck at certain moments. People forget about these things when the game is over and they see the result. I remember three years ago, when we played Real Madrid in Turin, one of the most important and game-changing moments for us was when Real Madrid hit the bar from a ricochet in the box. If it had gone in, they would have gone 2-1 up, and instead it ended 2-1 to us.

People forget these things. I know very well how it feels to get through to the next round or miss out because of some small detail. I hope Juventus will do the little things well and also get a little bit lucky.

UEFA.com: This is your 14th UEFA Champions League season. How do you feel about this competition?

Buffon: Great, in the sense that I have managed to make three finals in 14 years. Getting to a final is a great result. Clearly, it’s not enough for me because, for as long as I continue playing, my aim will always be to win as much as possible. So, when there is the opportunity, the chance and the hope of getting going in a competition, my aim is to win. And there is still time for that.