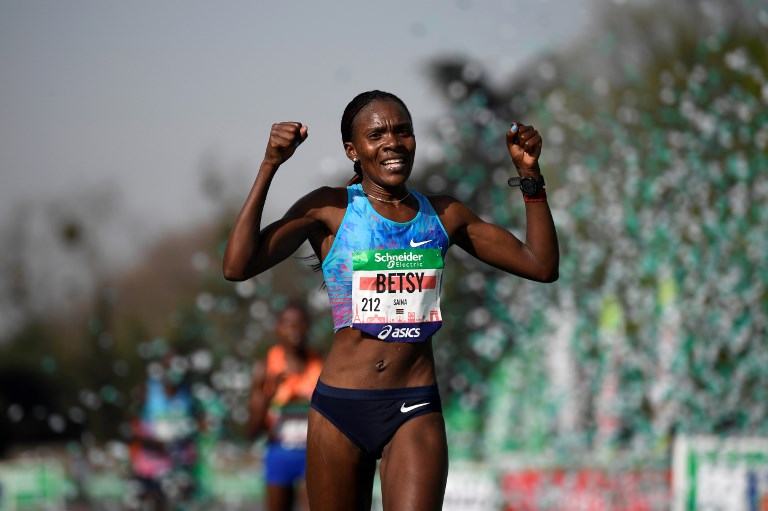 Kenyans won the men and women’s Paris Marathon titles on Sunday, with the two champions finishing almost together.

The women’s race started 16min 26sec before the men, the difference in times between the male and female winners last year.