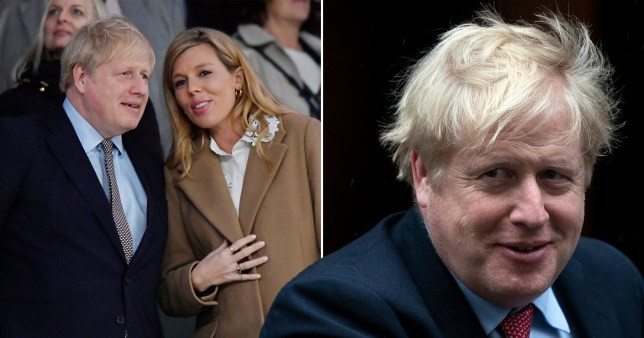 UK Prime Minister Boris Johnson called his pregnant fiancee Carie Symonds who has also been recovering from Coronavirus on Friday morning after he showed improvements in his health and was handed his two phones according to a new report.

Johnson revealed he tested positive for Coronavirus over two weeks ago and last sunday had to be admitted to hospital where he was placed in the Intensive Care Unit and administered oxygen. In recent days he has showed improved recovery and started talking and walking on Friday. 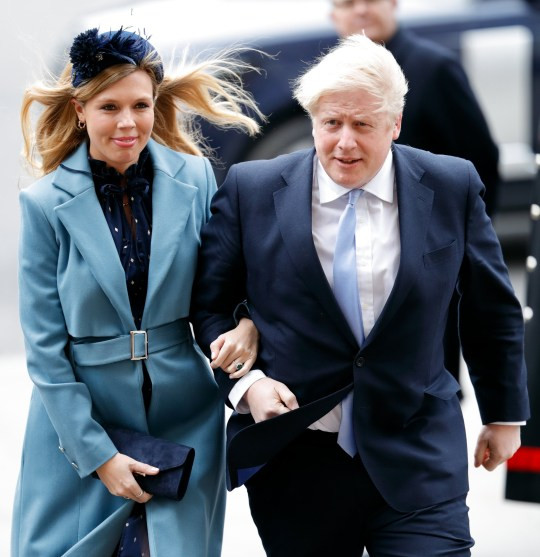 According to the Sun UK, after Johnson was given the all clear by medical staff, he is said to have wasted no time calling his partner Ms Symonds, 32, who he hasn’t seen for almost three weeks now as they have both been quarantining.  According to Sun UK, Boris was well enough to make quick calls to his partner and the rest of his family after doctors handed his two phones back.

Mr Johnson’s official spokesman also thanked the National Health Service workers (NHS) for care given to Johnson and other Coronavirus patients this period..
He said: ‘The Prime Minister thanks the NHS for the brilliant care which it is ­providing. ‘The claps for carers have provided wonderful, unifying moments for the entire country. ‘I’m sure that tonight we will once again see people in their millions paying tribute to our fantastic dedicated care workers.’

After Johnson fell ill ill on March 27, Carie announced she had spent a week in bed with coronavirus symptoms .

She wrote on Twitter: ‘I’ve spent the past week in bed with the main symptoms of Coronavirus. I haven’t needed to be tested and, after seven days of rest, I feel stronger and I’m on the mend.‘Being pregnant with Covid-19 is obviously worrying. To other pregnant women, please do read and follow the most up to date guidance which I found to be very reassuring.’