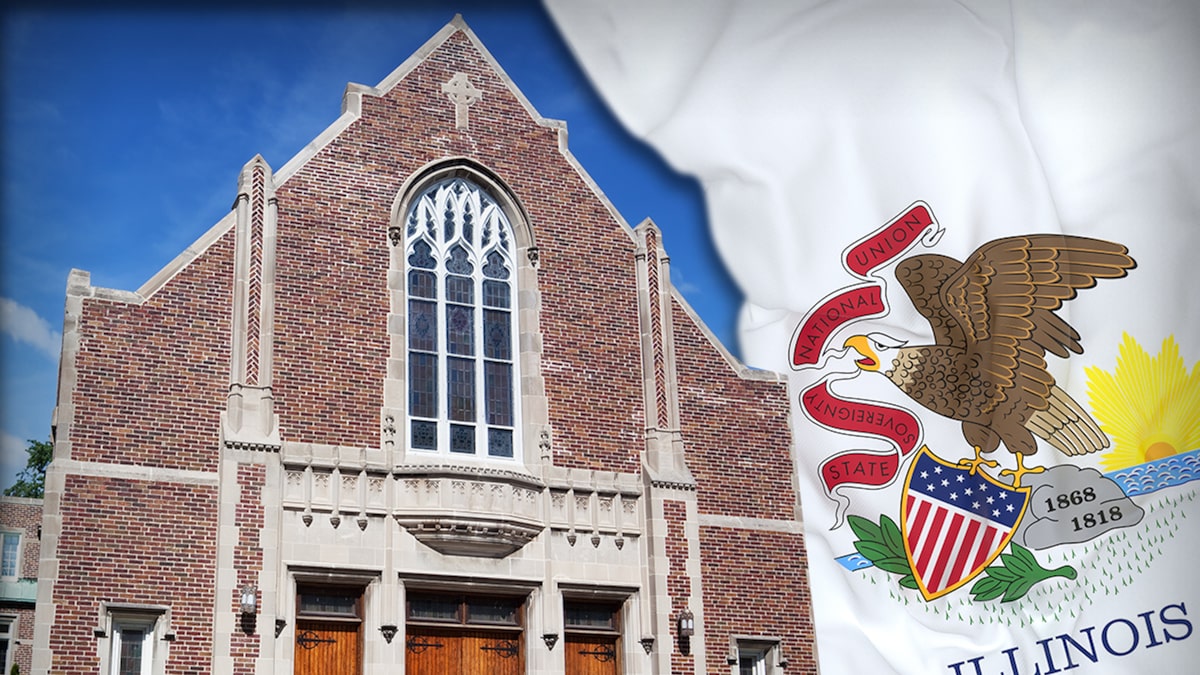 An Illinois church and its pastor believe the Governor is treating them like second-class citizens during the coronavirus pandemic and they’re suing to open back up.
Pastor Stephen Cassell and The Beloved Church of Lena, Illinois are going after Gov. Jay Pritzker over the state’s stay-at-home orders, claiming places of worship are “no less ‘essential’ than its liquor stores to the health and well-being of its residents.”
Cassell says that under Pritzker’s current stay-at-home order, his prayer and worship services are off-limits because religious nonprofits are only essential when they provide food, shelter, and social services for needy people.
Cassell also claims Pritzker’s declaration that churches are non-essential businesses “reeks of rank bigotry.”
The church wants the court to step in and find the Governor’s order of shutting down churches unconstitutional.
According to the documents the church believes this violates the constitutional rights to free exercise of religion, free speech and freedom of assembly.
Cassell adds that he and his parishioners are “fully willing to comply with proper constitutional guidelines  but they cannot abide by an indefinite shut down of their church.”
He’s asking for an order to keep the Governor and government officials from interfering with church business and let them be.
The pastor adds the orders rest on “shaky legal grounds,” but the Governor is trying to enforce them and extend them to the end of May and possibly beyond and they’ve had enough.
The church plans to reopen and hold a public worship service Sunday.
What the Pastor doesn’t address how bad it would be if congregants pass the virus along to one another and then they go home, infect others and they die.