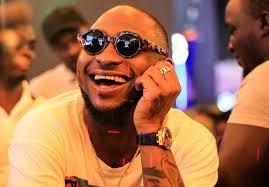 According to Enquiremag, Davido inflicted head and lip injuries on one of Gambia’s most notable celebrity photographers who wanted to cover his event.

It was gathered that trouble started after a female fan who had earlier taken a few pictures of the singer, approached him for a selfie while he was eating. Unfortunately, this did not go down well Davido who allegedly shouted at her which was what caught Egbuke’s interest.

The photographer approached Davido and tried to calm him down as he tried to explain that the lady was only a star-struck fan. However, this further infuriated the artiste who threw his cognac glass at the photographer, causing his lips and head to bleed. A case of assault has been reportedly filed against the Nigerian star at the Kololi police station in the Gambia.