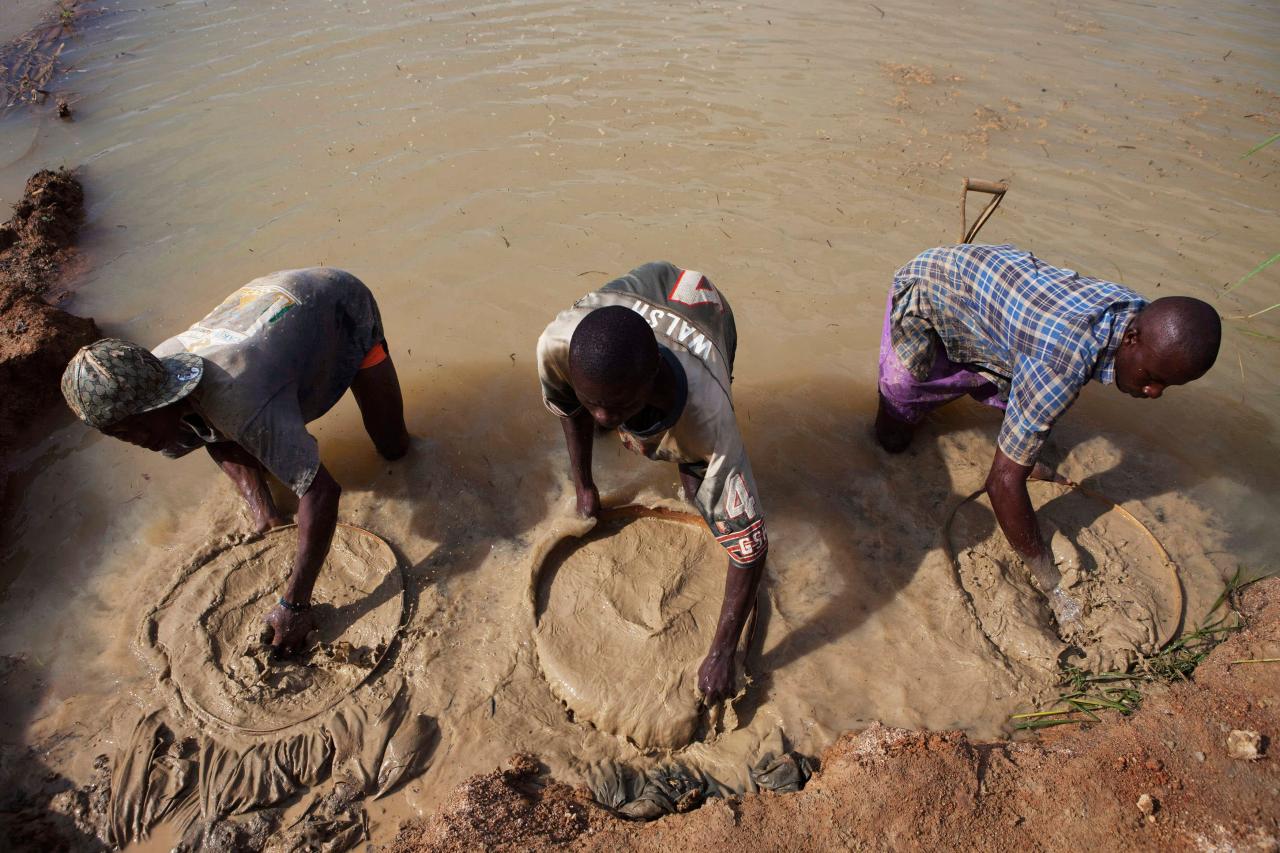 Global diamond giant De Beers is rolling out an app to help small-scale, artisanal diamond miners in Sierra Leone certify that gems they pry from the soil are legal, the Anglo American unit said on Thursday. The initiative is the latest attempt by the industry to clean up its image and expunge the scourge of “blood diamonds” blamed for financing conflict, chaos and criminality in poor African countries, such as Sierra Leone and Liberia.

More widely, small-scale mining is often tainted by alleged links to insurgents or child labor, casting a cloud over supply chains for commodities such as cobalt, which is produced mainly in the conflict-prone Democratic Republic of Congo, and gold.

Called Gemfair, the De Beers’ pilot app project is a partnership with Diamond Development Initiative (DDI), an NGO, and will target several small-scale mine sites in Sierra Leone in a meeting of high technology and pre-industrial mining methods.

Miners enrolled in the project must be licensed, adhere to certain environmental standards, work sites that are free of violence and meet other requirements.

The app is on a tablet and has a software application that shows the GPS location where the diamonds have been extracted, allowing for a record of the production process. The software can work online or offline in remote areas.

The miners are also provided with digital scales to weigh their diamonds and a tamper-proof bag where they can be deposited and then passed safely through the supply chain. “The app we developed to address some of the key challenges in logging and validating, to allow artisanal production to be traced from the mine site all the way through to export,” Feriel Zerouki, DeBeers’ vice-president for ethical initiatives, told Reuters in an interview.

According to DDI, up to 20 percent of global gem-quality diamond supplies are produced by artisanal miners, who typically wash gravel by hand in conditions that are often unhygienic and dangerous.

Illicit diamonds were linked to funding civil wars and insurgencies in Sierra Leone, Liberia and Angola and the issue was popularised by the 2006 movie “Blood Diamond” starring Leonardo DiCaprio.

The main initiative to keep such gems from reaching the market is a regulatory program called the Kimberley Process but its focus is on conflict diamonds and does not directly address issues of poverty and exploitation.