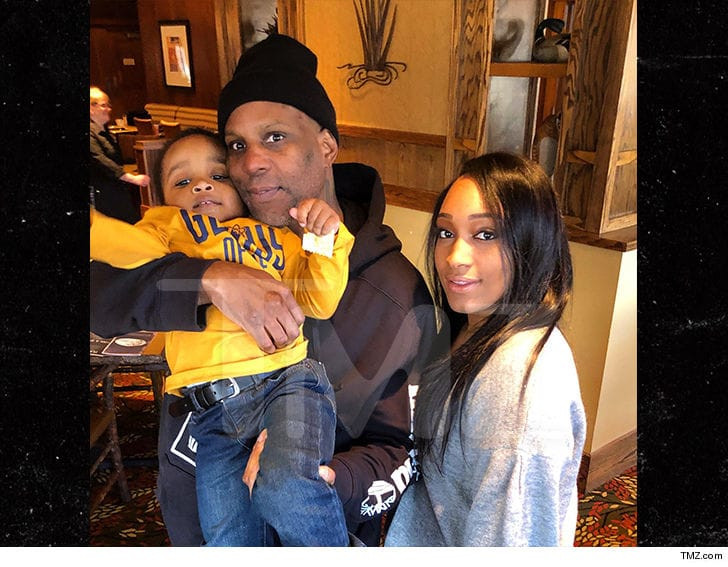 Legendary American rapper, DMX, 48,  is now a free man after his release from federal prison today.

After his released from prison, DMX headed straight to a local spot for breakfast with his son and fiancee.

Although Vulture reported DMX, 48, was originally scheduled to be released on Sunday, the Bureau of Prisons has a policy of releasing inmates on “the last preceding weekday if their projected release date falls on a weekend or legal holiday,”

One day ahead of the star’s release, his lawyer Murray Richman, told Vulturethat DMX is “very happy.”