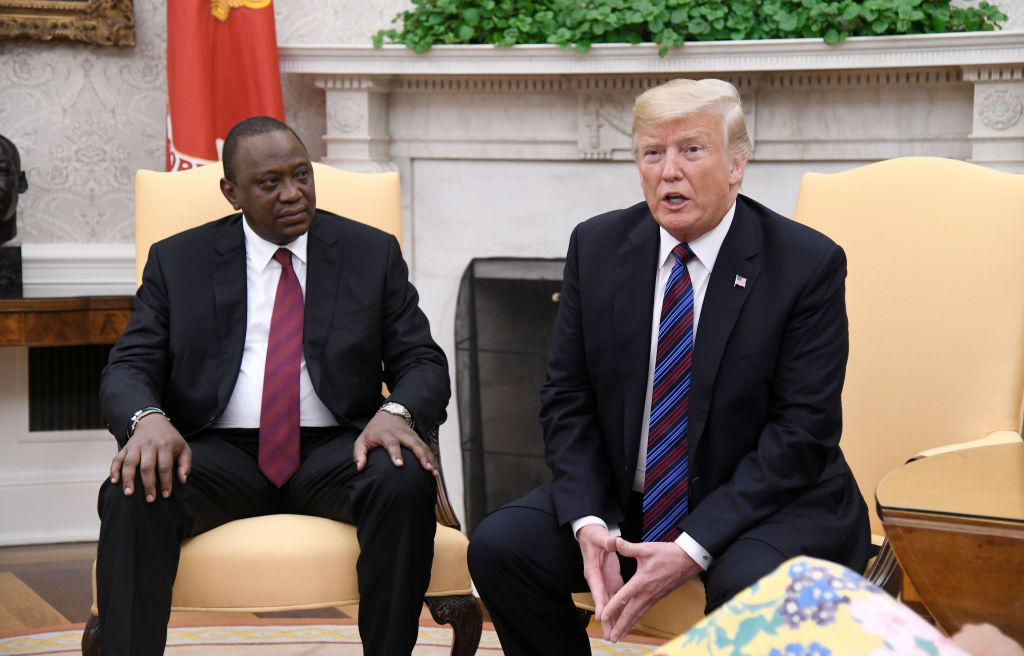 Trump and Kenyatta met later in the Oval Office to hold an expanded bilateral meeting. The two leaders met to discuss trade and security.

Trump and Kenyatta, during remarks to reporters in the Oval Office and Cabinet room, said they would be discussing a series of topics, including cooperation on terrorism and building trade and investment ties.