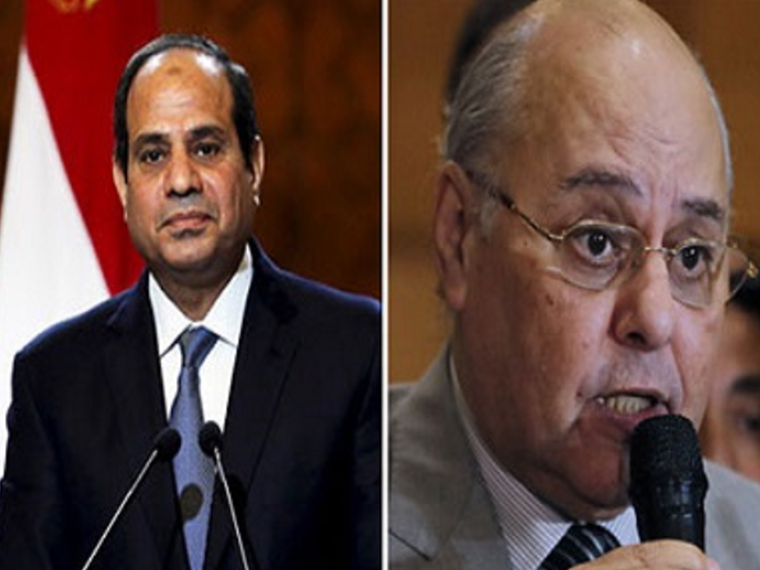 The two candidates in Egypt’s upcoming presidential elections are giving their final major interviews and holding their last rallies this week, with an electoral silence scheduled to being on Saturday ahead of next week’s vote. Ghad Party head Moussa Mostafa Moussa addressed a rally at the party’s Cairo headquarters on Wednesday, calling on voters nationwide to turnout in large numbers.

The candidate had stressed during an interview with The Guardian on Tuesday that he was “not a puppet”, and said he was taking part in the elections only to win.
“Moussa is set to demonstrate [at the rally] on Wednesday a comprehensive outline of his presidential programme and call upon citizens to participate in large numbers,” his campaign told the press.

The two-day electoral silence will begin on Saturday, ahead of the three-day voting period which begins on Monday. The chairperson of the Ghad Party is also set to appear on Sada El-Balad channel on Wednesday evening, to deliver his final words to voters and supporters. The other candidate in the running, President Abdel-Fattah El-Sisi, appeared in a lengthy TV interview on Tuesday. Egyptians should not feel scared of speaking out freely, the president said, adding that he was not responsible for the lack of alternative candidates in the two-man race.

The president made the comments in response to a 10-minute clip with interviews of dozens of citizens in several parts of the country, who aired their grievances about their fears of imprisonment, tough economic conditions and soaring living costs. In the run-up to the final registration of electoral candidates earlier this year, a number of high-profile potential candidates withdrew from the race. Egyptian authorities have rebuffed accusations that they had been pressured to withdraw.

“It is not my fault. I swear to God I wished there would have been more candidates for people to choose who they want. But they were not ready yet, there is no shame in this,” El-Sisi said, in reference to the country’s political landscape. “We have more than 100 parties, have they fielded many [candidates], or any?” El-Sisi asked.

The president has repeatedly called on Egyptians during recent weeks to participate in the election and express their free will in large numbers regardless of their political orientation. El-Sisi has received significant backing; his official electoral campaign, “Long Live Egypt,” comprises the Free Egyptians Party, Defenders of the Homeland Party, the Conference Party, and the Republican People’s Party.

In addition, the Support Egypt parliamentary coalition, which includes at least 11 political parties, with more than 300 of parliament’s 596 MPs, announced its support for him. Three other public campaigns, “So That We Can Build It”, “A Citizen”, and “For The Sake of Egypt” are also backing the incumbent. The pro-Sisi campaigns have held dozens of public conferences and rallies for across the country in recent weeks, especially in Upper Egypt and rural areas.

Moussa has received public backing from just a single public entity: the country’s Arab Tribes Union. The politician held a rally last month at the Ghad Party’s headquarters in Downtown Cairo, which was attended by a number of his supporters as well as leaders of the tribal union.