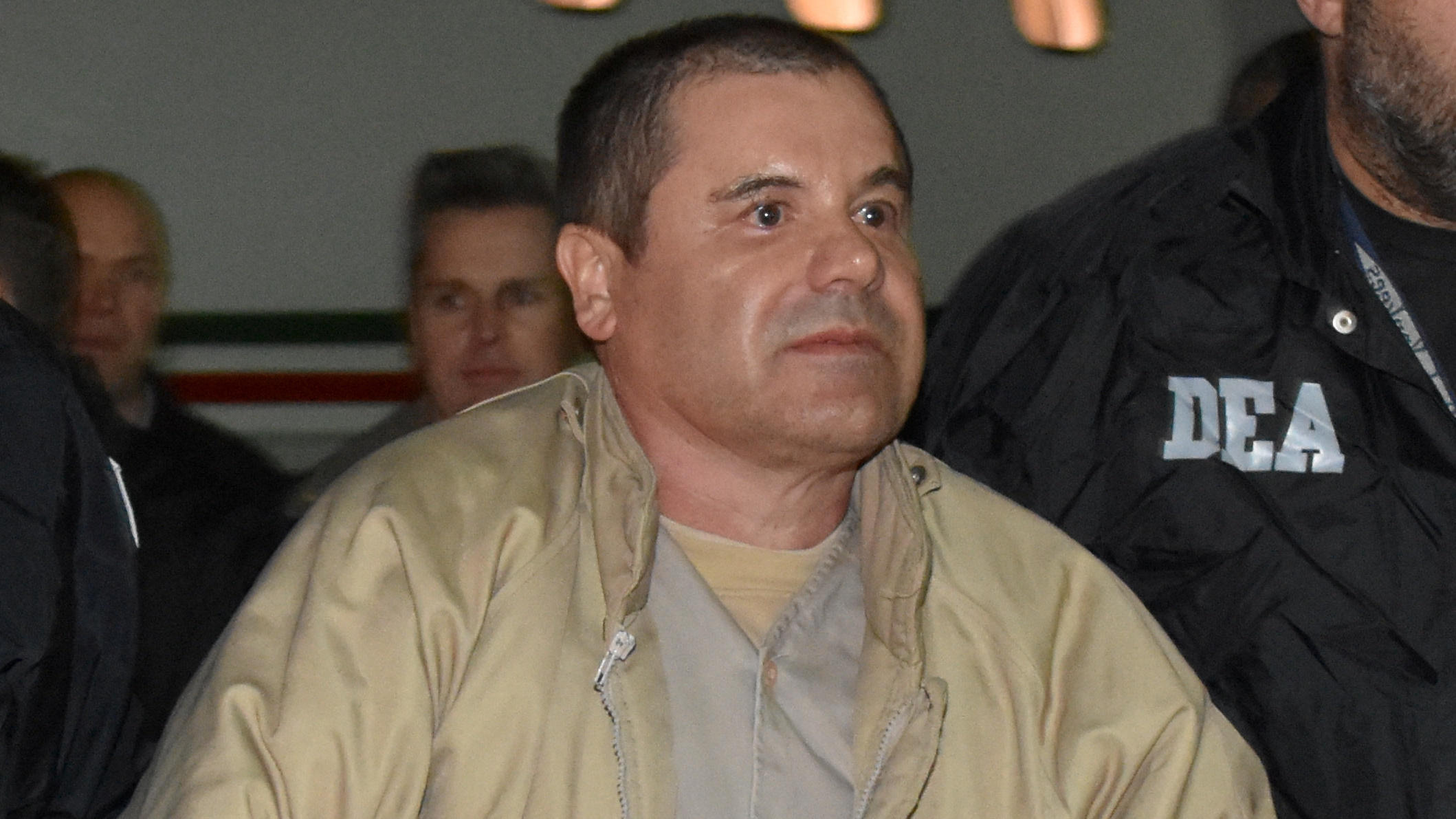 Mexican drug lord Joaquin “El Chapo” Guzman was sentenced to life in prison plus 30 years and was ordered to pay $12.6 billion in forfeiture on Wednesday in what is likely the last time he’s seen in public before he goes to Colorado’s Supermax prison.

Guzman also spoke in court and said that “there was no justice here.”
Guzman, 62, was convicted in February of all 10 counts he faced, including engaging in a continuing criminal enterprise, which carries a mandatory term of life in prison, as well as drug trafficking charges. Prosecutors have called him a “ruthless and bloodthirsty leader” of the Sinaloa cartel and are seeking a life sentence.
Witnesses during the trial testified that Guzman ordered and sometimes took part in the torture and murder of perceived cartel enemies.
Attorney Mariel Colon, who has visited Guzman regularly in prison before, during and after his trial, says she is optimistic about his chances on appeal.
But if the appeal is not successful, “then this will be the last time the public will see El Chapo,” Colon told CNN. “It could be potentially also the last time El Chapo could see his wife.”
Guzman’s wife, Emma Coronel, arrived at court Wednesday morning for his sentencing before US District Judge Brian Cogan, who presided over his trial. She is not permitted to visit or correspond with Guzman in prison. He is limited to phone calls and visits from certain family members, including his twin 8-year-old daughters.
Even if Guzman files an appeal, it would be unlikely that he would appear in court, Colon said.
In the months since Guzman was convicted by a jury, he has signed away the rights to his name so that Coronel may start an El Chapo-branded clothing line and asked for better conditions at the Manhattan prison where he is being held. He also has been asked by the US government to fork over $12.6 billion.
The identities of the jurors who decided his fate have remained anonymous for their own safety. But shortly after the verdict, one juror spoke to Vice News anonymously and alleged a wide range of possible juror misconduct, ranging from following news reports about the trial, which was expressly forbidden, to lying to Cogan about whether they’d been exposed to certain media reports.
Cogan denied Guzman’s request for a new trial and a hearing to investigate the claims.
Click to rate this post!
[Total: 0 Average: 0]