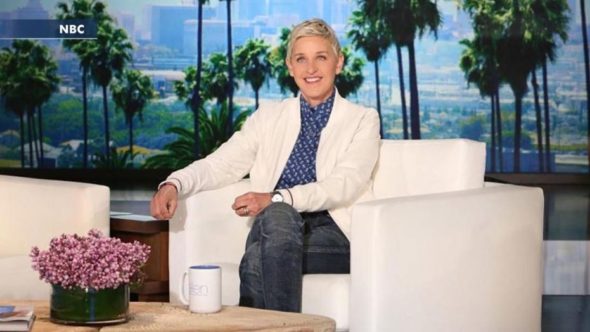 “The stories are all true!” said a former “Ellen DeGeneres Show” staffer of recent reports that the richest comedian in the world is also, allegedly, one of the rudest.

“Is she always nice? No,” said the former staffer. “It irritates me that people think she’s all sweetness and light and she gets away with it.”

Lately, DeGeneres, 62, who famously tells viewers to “be kind” at the end of her show, hasn’t been getting away with it.

Over the past few weeks, DeGeneres has been criticized for comparing the coronavirus lockdown to “being in jail” even as she posts Instagram videos of herself in her $27 million Balinese-style mansion near Santa Barbara, Calif. She was also accused, in a report leaked to Variety, of cutting her talk show’s union show crew in favor of freelancers. (A spokesperson for Warner Bros. Television, which distributes Ellen’s show, told Variety that the change was cleared with union reps and no crew member lost a job.)

Then there’s the Twitter thread branding her “one of the meanest people alive” for allegedly complaining about a waitress’ nail polish and ordering that underlings not make eye contact with her.

And last week, a former security guard who served as bodyguard to DeGeneres and her family when the comedian was hosting the 2014 Academy Awards told Fox News that she was very unfriendly.

“Ellen pretty much just gave me a side glance out of her eye and didn’t even say ‘hello,’ or ‘thank you for protecting my mother, my wife and me,’” Tom Majercak said. “It was very cold and it was very sly and it was actually kind of demeaning in the way that she treats people other than those who are in her circle.”

Podcaster Kevin T. Porter, who started the Twitter thread, told The Post that the star’s not-really-that-nice attitude was an “open secret” in Hollywood and that he had heard numerous stories from friends of his who worked with her.

Right now we all need a little kindness. You know, like Ellen Degeneres always talks about! 😊❤️

She’s also notoriously one of the meanest people alive

“There’s always been this whisper network about her notorious behavior,” he said.

More than 2,250 people posted in the thread. (Porter admits there is no way of vetting the stories.)

Chris Farah, 35, an actress and stand-up comic, was one of the posters. She said she was a waitress at a vegan restaurant in LA in March 2014 when DeGeneres and her wife, Portia de Rossi came in for brunch. Farah said DeGeneres was not particularly friendly but didn’t complain about anything to her.

A week later, Farah’s manager pulled her aside.

“He asked me if I’d served Ellen,” Farah told the Post. “I was really excited for a minute. I thought maybe she wanted to use me in her show. Then he told me that Ellen had written to the owner complaining that I had chipped nail polish. I couldn’t believe it. She’s so busy and rich. Why would she f–k with me?”

“Something happens when people become stars and get into that economic stratosphere,” says Shelley Ross, who was the executive producer at “Good Morning America” in 1997 when Diane Sawyer did a seminal interview with DeGeneres, after the comedian risked everything to come out as gay — and saw her sitcom “Ellen” be canceled a year later as a result.

DeGeneres told Sawyer she had always felt like an outsider and underdog. Today, however, she’s the ultimate insider: worth $330 million and pals with power players from the Obamas to Bill Gates to the Kardashians.

A former associate producer recalled being in Ellen’s office several years ago when the star lost her glasses and couldn’t read a text on her iPhone.

“She stopped everything and made a call,” the producer said. “Next thing we know, we literally hear [Apple CEO] Steve Jobs pick up and say ‘Hi, Ellen’ … Ellen told him the iPhone should have a bigger font. That’s her. It’s not that she’s some demon. She just lives in an incredibly privileged bubble and is out of touch with the real world.”

Ross, who said she liked Ellen when she met her, compared DeGeneres’ mega-stardom to that of Oprah Winfrey.

“It hasn’t been handed to them,” she said. “They’ve had everything possible thrown at them. Just think of everyone who laughed at them and said you’re too fat, you’re too black, you’re too gay — but they went ahead anyway. There has to be some underlying damage in there that never gets smoothed out.”

“Ellen” executive producer Mary Connelly, who has been with the show since its inception, said she has never seen DeGeneres exhibit diva behavior.

“None of what’s being said speaks to the Ellen I know,” Connelly said.

“Do the producers and her sometimes have to make unpopular decisions? Yes. Ellen is not afraid to tell you when she doesn’t like something. She’s had tough conversations with me. That’s a function of everyday life. But the person I know is someone who comes in every day and wants to put on a fun show in a fun environment and help people.”

More than one person who has worked with DeGeneres said that lecturing everyone to “be kind” has backfired on her — because nobody is that sweet all the time.

“One of the things I liked about her was that behind the scenes she had a darker sense of humor,” said Steven Mazan, a former staff writer for the show.

“I never saw her as vindictive. I think people want to believe the Ellen you see on TV is the whole Ellen or the real Ellen. But nobody is that uncomplicated.”