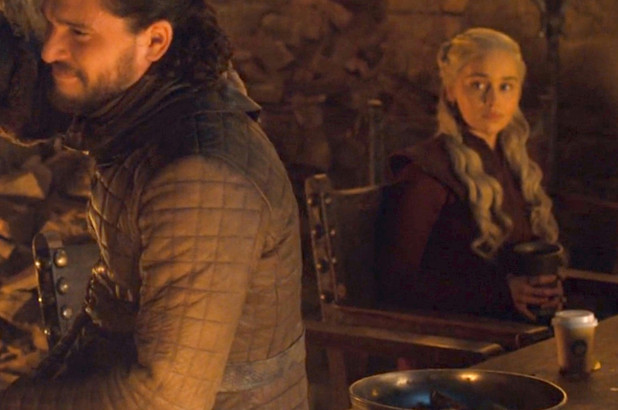 The Mother of Dragons spilled the beans.

Emilia Clarke — who played a dragon-riding queen in hit HBO fantasy series “Game of Thrones” — dismissed the rumor that she left the infamous Starbucks-like coffee cup on a table during a pivotal scene in the epic drama’s final season.

Clarke appeared on “The Tonight Show with Jimmy Fallon” Wednesday night and said she discovered the real culprit recently at the Emmys.

“It was his! It was Conleth’s coffee cup. He said so!”

She continued, “He’s like, ‘I think so, I’m sorry, darling, I didn’t want to say anything because it seemed the heat was very much on you.’”

Clarke was responding to an errant coffee cup allegation from her former co-star Sophie Turner, who played Sansa Stark in the show.

“We all have the same cups for all of our water and tea and everything,” Turner told Fallon in May.

“So I’m gonna just go with, I mean look who it’s placed in front of. Emilia Clarke. She’s the culprit.”

The network digitally removed the coffee cup from the scene after the backlash.