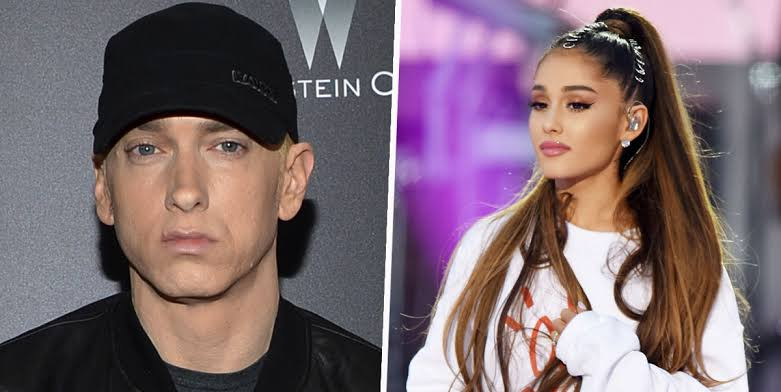 Eminem, 47, in one of the new songs, titled ‘Unaccomodating’, from the album made light of the tragic bombing at Ariana Grande’s Manchester concert in 2017 which took over 20 lives and made Ariana suffer from Post Traumatic Stress disorder (PTSD).

Within the lyrics of the song, Eminem raps, “But I’m contemplating yelling ‘Bombs away’ on the game/Like I’m outside of an Ariana Grande concert waiting”

This didn’t go down well with fans who criticized him for comparing himself to the bomber and one fan immediately took to Twitter to write;

“Eminem literally just made a joke about the manchester bombing at ariana grande’s concert… that is just so f**king sick, y’all better not give this man any attention. people literally lost their lives, and you’re going to release music and try to make a profit off of them?”