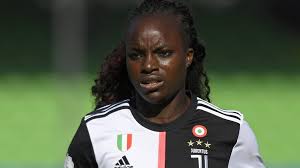 Aluko, who won 102 caps for her country and represented Britain at the 2012 London Olympics, retired as a player last week after leaving Serie A champions Juventus in December.

The forward made her breakthrough at Birmingham City before making her name at Chelsea.

Villa is currently three points clear at the top of the Championship and is bidding for a promotion to the FA Women’s Super League.

“I feel it’s something that I’m ready for at this point in my career,” the 32-year-old Aluko said in a statement.

“I’ve always been passionate about the women’s game, its development and setting cultures that drive excellence.