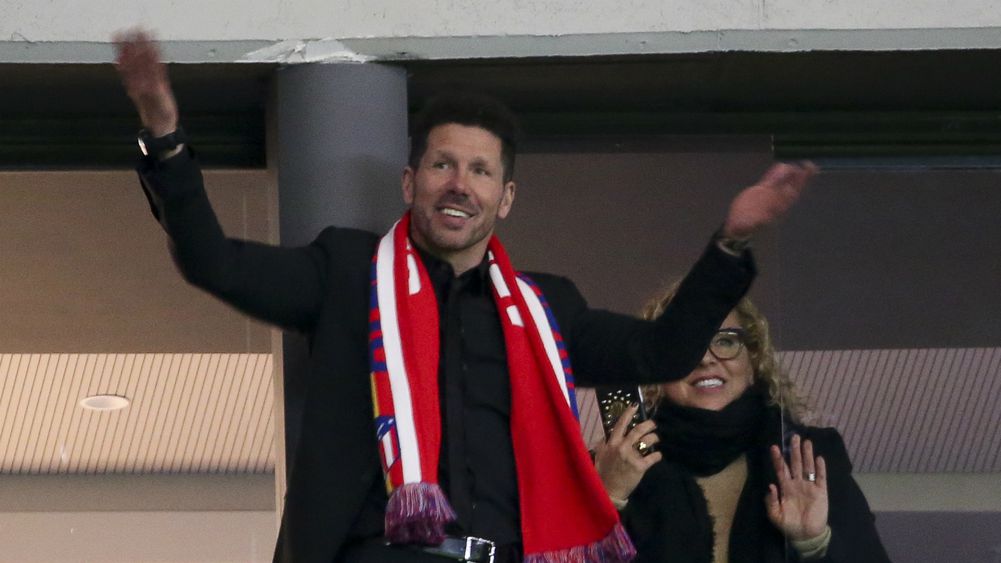 Atletico Madrid supporters are incredibly enamoured with the way Diego Simeone wears his heart of his sleeve and shows passion for the club, however sometimes he goes too far and UEFA’s Appeals Body have dismissed the Argentine’s appeal against 4- match ban.

Simeone was sent to the stands in the first leg of Los Colchoneros’ Europa League semi-final with Arsenal after reacting incredulously to a decision not to show an Arsenal player a caution just after Sime Vrsaljko had been shown a second yellow for something similar.

The former River Plate coach had appealed against the punishment, but it’s been upheld, meaning he won’t be eligible to sit on the bench for the Europa League final against Marseille in Lyon.

He still has the option to appeal to the Court of Arbitration for Sports, an avenue that could potentially allow him to be on the touchline for the final.

UEFA released an official statement to go along with their ruling on Friday.

“The UEFA Appeals Body met on May 11 following an appeal lodged by Atletico Madrid and Diego Simeone against the decision announced by the UEFA Control, Ethics and Disciplinary board,” it read.

“On May 4, this decision ordered Diego Simeone to be suspended for four matches.

“The appeal lodged by Atletico Madrid and Diego Simeone has been dismissed and the UEFA decision on May 4 is confirmed.”

The Europa League final takes place on May 16.