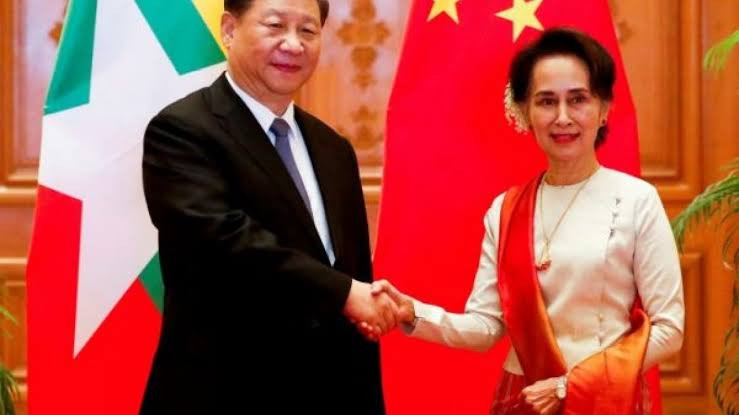 Facebook on Saturday, January 18, apologized over a technical error that translated Chinese leader Xi Jinping’s name from Burmese to English as “Mr. Shithole”.

The error was pointed out on the Facebook page of Myanmar’s leader Aung San Suu Kyi, in a post that recounted her meeting with Mr Xi during his state visit to Myanmar. The Asian leaders signed dozens of agreements, covering massive Beijing-backed infrastructure plans.

Though it is not clear how long the error lasted, a quick check revealed that Google’s translation function did not show the same error. Facebook’s translation into English referred to Mr Xi as “Mr Sh*thole” six separate times in the post.

The translation read in parts;

“Consultant Daw Aung San Suu Kyi is friendly. And the president of China, Mr Sh*thole, signed a guest record of the house of representatives.” 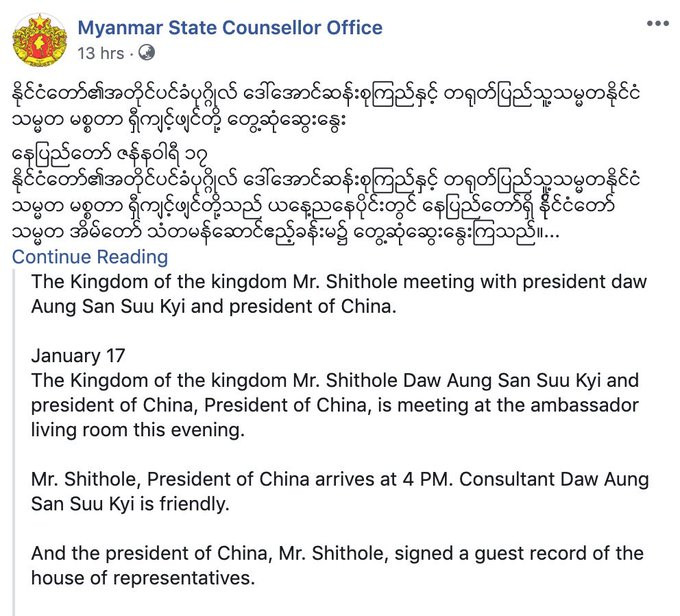 However reacting to the error in a statement made available to The Independent, a Facebook spokesperson said they are doing everything to fix the error as quickly as possible.

“We are aware of an issue regarding Burmese to English translations on Facebook, and we’re doing everything we can to fix this as quickly as possible.

“This issue is not a reflection of the way our products should work and we sincerely apologise for the offence this has caused.”

It was further gathered that the Facebook system does not have President Xi Jinping’s name in its Burmese database which guessed the translation.

Facebook is blocked in mainland China, but it is not blocked in Hong Kong. Mainland companies advertise elsewhere on the platform, making China’s Facebook the biggest for revenue after the United States.