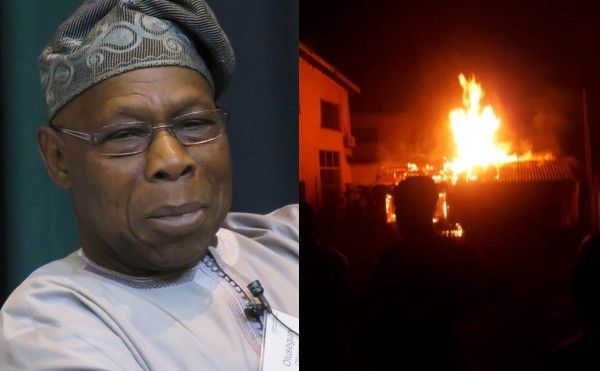 Former President Olusegun Obasanjo’s house in Ogun State was gutted by fire which started in the late hours of yesterday February 12.

The fire which began around 9.30 pm in a section of the house located at the Ita-Eko area of the state, is believed to have been caused by a power surge. Items destroyed by the fire are still unclear but it was learned that residents of the community helped the domestic workers to put out the fire.

Ogun State Director of Fire Service, Fatai Adefala who confirmed the incident said only the store in the building was affected by the fire. He also disclosed that officials of the fire service succeeded in putting out the fire after responding to distress calls around 10:00 pm