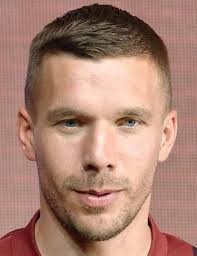 Former Arsenal and Germany striker Lukas Podolski has joined Turkish side Antalyaspor on a free transfer.

The 34-year-old was part of the Kobe side that won its first trophy, the Emperors Cup, earlier this month alongside Spain legends David Villa and Andres Iniesta.

Antalyaspor is currently in the relegation zone after 18 matches but with the addition of Podolski in the team, the club will be hoping his arrival can help them get out of relegation.