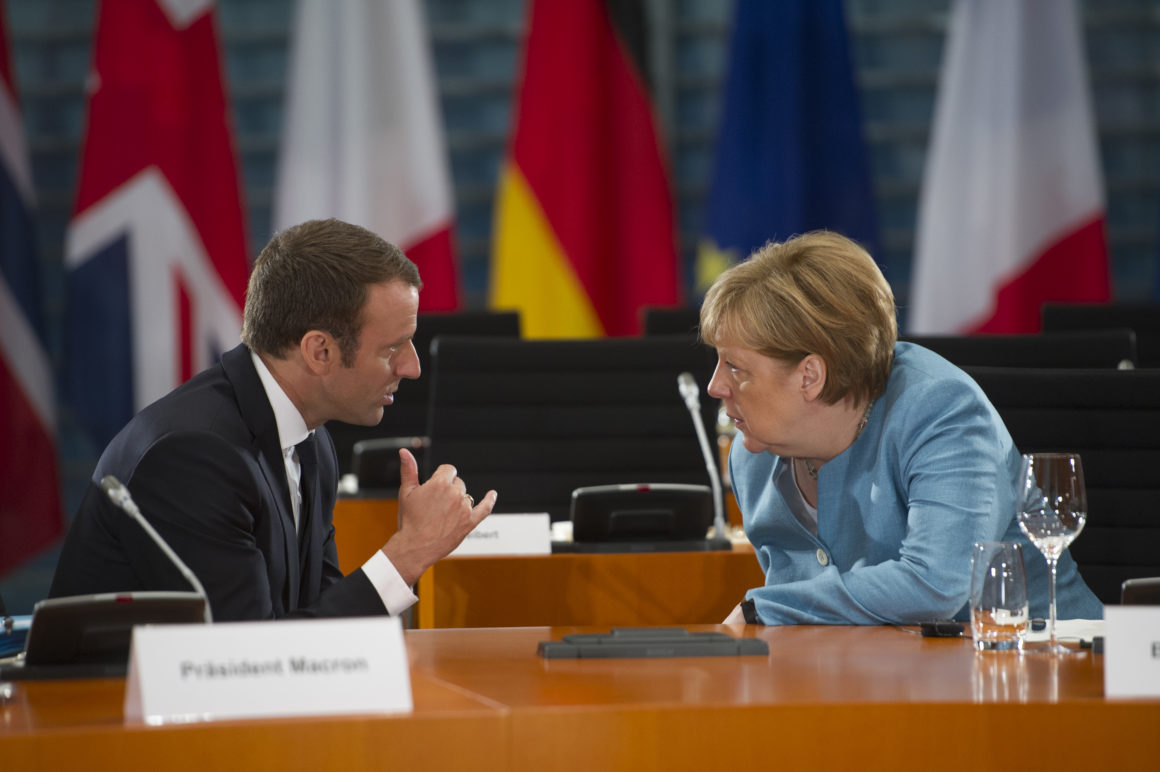 The leaders of France and Germany said Sunday they were prepared to side-step anti-migrant EU members and do deals with individual countries on how to respond to a migrant influx that has caused deep splits in the bloc.

The talks among 16 of the European Union’s 28 leaders began after Italy’s new populist government turned away another ship packed with migrants.

The meeting, which began amid a flurry of mutual fingerpointing by France and Italy, is seen as crucial for German Chancellor Angela Merkel, who faces her own political crisis at home.

“The European Council will not yet provide an overall solution to the migration problem,” Merkel said conceding a lack of consensus among EU members.

“That is why it is also about bilateral or trilateral agreements for mutual benefit,” she added.

Officials warn that a new surge of migrants could trigger the collapse of free travel within the EU, its signature achievement.

Sunday’s meeting was aimed at clearing the air before a full EU summit on Thursday and Friday.

But several countries with anti-migrant governments, including Hungary, Poland, the Czech Republic and Slovakia, did not attend.

French President Emmanuel Macron urged his counterparts to take advantage of the sharp drop in migrant arrivals since a 2015 peak — Europe’s worst such crisis since World War II — to find solutions.

Echoing ally Merkel, he urged a European solution, “whether that is cooperation among 28 or among several countries that decide to move forward together.”

At stake, Macron warned, was Europe’s values of human rights and solidarity.

But he has angered the new government of Italian Prime Minister Giuseppe Conte who accuses him of playing down the scale of the problem in Italy, the main European landing point for African migrants.

“The immigration emergency continues in Italy, partly because France keeps pushing back people at the border,” Italian deputy prime minister Luigi Di Maio shot back on his Facebook page, warning Macron risked turning France into “Italy’s number one enemy” on the issue.

Macron said France would “take lessons from no-one” and that the main problem was the movement of migrants across EU borders.

He has called for the establishment of closed centres to keep asylum seekers in countries of arrival until their claims are processed — a proposal that Italy furiously rejected, saying it did not want to be turned into “a refugee camp for all of Europe.”

Under the EU’s so-called Dublin rules, asylum-seekers must be processed in the country where they first arrive, usually Mediterranean countries such as Italy, Greece and Spain.

EU leaders last December had set the end of June as a deadline to reform the rules by establishing a permanent mechanism to distribute asylum-seekers throughout the bloc — but an agreement has proved elusive.

Reflecting the mounting anger over the lack of assistance from its partners, Italy’s new government has refused to admit foreign-flagged rescue ships, accusing them of abetting traffickers.

After turning away the Aquarius, which later docked in Spain, Rome on Saturday vowed to block the Lifeline, a boat run by a German charity carrying 239 people, including pregnant women and children.

Italy’s stance has also raised tension both with Germany and within Merkel’s coalition government, with EU diplomats billing the mini-summit as designed to help “save” the chancellor.

Her hardline interior minister Horst Seehofer has given her until the end of June to find a European deal to curb new arrivals.

If that fails, he has vowed to order border police to turn back migrants, which means many will likely have to return to Italy.

In a counter-proposal, Italy on Sunday called for migrant “protection centres” to be set up in several EU countries to relieve overcrowding in its facilities and also demanded more aid for African countries that fight human trafficking.

EU leaders are also due to discuss further measures to strenghten the external borders — an issue on which there is consensus.

Cooperation deals with Turkey and Libya, the main transit countries, have sharply cut, at least for now, the flow of migrants to Europe since a 2015 peak of over one million.

The leaders are also to discuss proposals for centres in countries outside the bloc to separate genuine war refugees from economic migrants, who can then be sent home.